Delhi                In Dharavi and later in at the Diwali party for the ragpickers, we met two very good guys, one from the UK, Chris Way, and the other from India, Krishna Poojari, who had set up an interesting business called Reality Tours and Travel.  They had begun over the last two or three years and thus far were making a go of creating a very socially responsible travel business, but also one that was designed to contribute to the community.
Originally, Chris had gotten the idea by taking the favela tour in Rio de Janeiro, some years ago.  Having done that as well about 8 years ago, I immediately understood the how potentially powerful it could be.  One package they offered almost daily were “reality” tours of the Dharavi slums either for 2 1/2 hours or 4 hours, depending on the interest of the traveler.  The tour would essentially give people a flavor of the diversity of life — and work — in the slum, providing for many people a look at a side of Mumbai and perhaps India itself that they could only imagine from the taxi window.
They were very sensitive about a number of issues in offering the tours and handled their business in this area in a remarkably transparent way down to the letter from their chartered accountant confirming the amounts the principals made (or in most cases still did not make) in wages.  Being a new, startup business they were sensitive about the fact that they had pledged 80% of the profits of the Dharavi tours to projects in the community, but at this early point there were no profits in the business yet.  To compensate in that area they had opened a small office in Dharavi which they had outfitted as a school offering classes in English for 2 hours a day there, while paying the teacher as well.  Chris was also working with a company in the UK (run by his father there) that specialized in creating language curriculum that would be sensitive to the interests and needs of the community.
They were looking for a non-profit with whom they could partner, and we were excited about joining them as a partner, and potentially examining what promise well run “reality” tours could have in helping outsiders understand the work ACORN International did in communities in slums around the world.  We had met later in Juhu Beach with Chris and gotten a better understanding of the business, business model, and in some ways the sensitivity of the issues involved in doing such “reality” tours.
They were bending over backwards to offset any feeling that they were creating a “human zoo,” as one critic called it, and they countered this with the depth of their social responsibility.  At the same time for visitors there are always the issues of “industrial tourism” versus the search for the “authentic.”  If the authentic was not only educational, but produced support and strength for the work, then it was hard not to embrace this idea and see how to adapt it to support ACORN International’s organizing among informal workers and slum communities.
The huge challenge to create capacity for grassroots organizing among the poor around the world surpasses the ability of worker and family-based dues systems to fully fund, therefore ACORN International has to develop as many sources of sustainability as possible.  Integrating these tours with Chris and Krishna’s help around all of the cities where we have the experience and are doing the work could help do that.
We left excited about the prospects a partnership might bring. 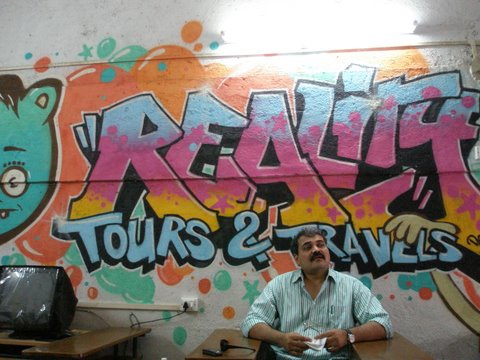 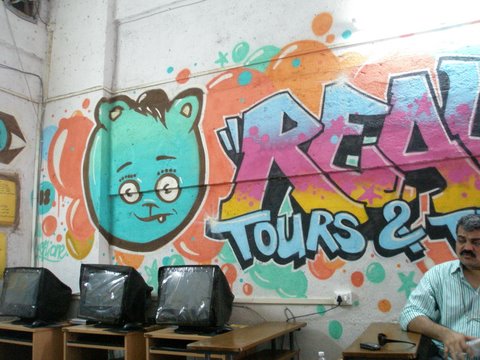