Vancouver       Judy Duncan, national head organizer for ACORN Canada, and I visited with two very different, but fascinating groups yesterday, that might be good partners in the future for our work in Canada.  One was called Toxic Free Canada, formerly the Labour Environmental Alliance, whom I had met several years before when doing work with the Columbia Institute.  The other was CoDevelopment Canada or Codev which maintains partnerships largely between labor unions and labor based projects in many countries in Central America.

Mae Burrows and Sean Griffin has been staff members of the Fisherman’s Union, one as environmental health and safety officer and the other as newsletter editor, and as union mergers and a changing industry went, so did they, but they created LEA in order to continue the work with other unions, particularly in western Canada.   They became the criers pointing out the “silent springs” of the workplace.  They shared with us a valuable guide to cleaners and toxins.  We talked about the kinds of things that only organizers could love:  the best ways to kill apartment roaches, deal with mold, and how much lead was really in Canadian housing.

Barbara Wood, the director of Codev, also became in the labor movement and in the process of doing solidarity work with her union in Central America ended up finding her passion in helping build such bridges with a lot of other unions and similar organizations in these countries.  First it would be a matter of teachers unions in Canada partnering with teachers unions in other countries, and then public worker unions with similar unions, and so forth, but now the evolution included a lot of that but also other projects in Columbia and even hemispheric research.  Codev had a lot to teach us about how to work with the Canadian International Development Agency, which we needed to learn, so we were getting a tutorial in how we could build support for ACORN International in Canada.

What was interesting in both of these conversations as well was their efforts to build some level of sustainability through their work.  Toxic Free Canada had published a very successful guide consumer detailing how you could avoid toxins in home and garden, called Cancer Smart 3.0.  They had sold almost $50,000 work of copies, clearing almost $20,000 on the publication.  They couldn’t run the outfit on that margin, but they had proven something and found an important niche.

Codev also ran a program called Cafe Etico which sold ethical coffee produced in Nicaragua, the Mexican state of Chiapas, and Guatemala.   Looking at the annual report for 2007, they sold $126,000+ in fair trade coffee and tea largely to unions and progressive nonprofits, accounting for more than 10% of their turnover.  They did not clear a huge profit admittedly, perhaps only 1% but they built their program, shared their values, and created some confidence in their own brand.

These were good people and organizations with whom we could build exciting partnerships where we both had something to give and a huge amount to learn. 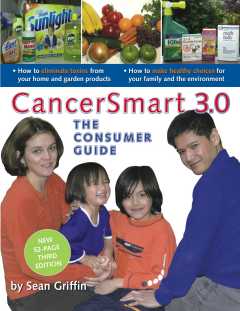