Hopes for Peace
Washington     I had been trying to visit with Medea Benjamin off and on as I have been coming to Washington in recent months in order to get her advice.  She was a co-founder of Global Exchange more than 20 years ago, and someone who certainly knows her way around the world.  I wanted to put ACORN International’s work on her radar when Global Exchange tours were in the area in case there was interest in seeing community organizing on the ground in cities where we organize.  I wanted her advice and perspective on “reality” tours and both the “issues” and economics from their experience since we were having so many of these conversations in India and elsewhere now.  In short I had a list, and she had a list as well.
I made my way over to northeast Washington a short walk from Union Station to what she told me was the Code Pink house.  It wasn’t hard to find, and once I walked in the door, it was unmistakable.  Everything everywhere was pink.  The office had the movement feel to it of offices where I have spent my life, and immediately it felt like home.  The concession to modernity was a large TV set turned on permanently to CNN with the sound off.  As a Code Pink “war” room, they were ready for rapid response at the drop of a hat.  Medea, who has spent most of her time recently building Code Pink as a sharp slap at the edge of the anti-war movement, was composing a press release while she visited with me.  Because of that work she has largely relocated to DC where they now have two Code Pink houses, and are opening three Global Exchange stores and wondering, like any small business operator, whether they will be thrown under the terrible economy’s bus with everyone else.
The last time I had missed Medea, when I had emailed her to see if she were in DC, she replied from Iran.  I asked her whether or not they were optimistic, given the election, with the prospects for peace.
She replied cautiously.  Of course they were optimistic and the good will towards an Obama presidency was huge.  She thought the anti-war movement was threading as cautiously along the question of how to tactically negotiate the transition as other movements were.
At the same time when she started ticking off the list of concerns, it was hard to feel that optimistic.  They were monitoring whether or not the Iraq troop count was really going down or were the troops just being given a new name and in the same game.  She was clearly not happy about the build-up in Afghanistan.
What perhaps worried her most was reading the recent writings of some of the “new” team.  She counted tell the difference from the old team.  Iran and her recent visit there became a case in point.  Too many of the new Obama team in her reading were arguing that not enough had been done to pop and punish Iran.  The government there was offended that there was no acknowledgment of their congratulatory letter to Obama on his election.  I had thought that Obama’s campaign position on his willingness to meet with anyone including leaders in Iran and elsewhere had been dramatic and different, so this information was discouraging.
In the midst of all of the other problems and potential of the new administration, I had hoped this was one area where there was a consensus on progress towards peace.  I still hope so, but Medea and the Code Pink activists have been doing the work for a lot of us in keeping the pressure on in DC over recent years, so if they are uncertain, cautious, and worried, then we all need to be concerned. 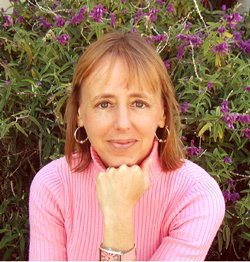