Listening without Hearing
Langely Park, Maryland         Working with national and local groups seeking to advance the cause of comprehensive immigration reform, one of the ideas was to organize “Obama Watch” parties to allow folks to listen Obama’s Inaugural Address to see if they heard more specifics on his frequent campaign promises to advance immigration reform.  I watched with 100 workers at a Casa de Maryland workers center in Langely Park, Maryland.  It was a unique and moving experience for me personally to sit there watching Univision translate his speech in Spanish and try to follow the speech in both languages.

Many people, including myself, found much of substance and hope in the speech, and because of my faltering bi-lingual experience, I read the speech thoroughly once it was over to be sure I had not missed a reference to immigration with my woeful Spanish.  My listening had not deceived.  There was no commitment to hear.  Perhaps something will emerge in the State of Union Address later by President Obama.

Working with ACORN International in the mega-slums around the world, I was heartened by this line:

Perhaps that means a different policy in our foreign aid that embraces the poor rather than pretending all they do not exist.

Grasping at straws in this elegantly written speech, I could find real merit and grit in Obama’s praises and phrases around work, and certainly there were many nods to immigrants and immigrant labor there, though I see and hear nothing specific:

…we understand that greatness is never a given.  It must be earned.  Our journey has never been one of short-cuts or settling for less.  It has not been the path for the faint-hearted — for those who prefer leisure over work, or seek only the pleasures of riches and fame.  Rather, it has been the risk-takers, the doers, the makers of things — some celebrated but more often men and women obscure in their labor, who have carried us up the long, rugged path towards prosperity and freedom.

For us, they packed up their few worldly possessions and traveled across oceans in search of a new life.

For us, they toiled in sweatshops and settled the West; endured the lash of the whip and plowed the hard earth.

Perhaps this report from workers at the Baltimore Casa de Maryland worker center captures some of the frustration in the immigrant community in an even more powerful and elegant way.

*        7 workers said they had a clear vision because they had followed Obama’s campaign and believe he will keep his word.

*         10 workers were confused because they have hope but they fear Obama will not do much for the immigrant community.

*         3 workers said they did not believe in the new administration because in their home countries politicians give great speeches like Obamas’ but promises are never kept.

People are still listening, but the President is going to need to become more specific very quickly to hold support.

We saw great history being made, but we are hungry for more history forged in the steel of change. 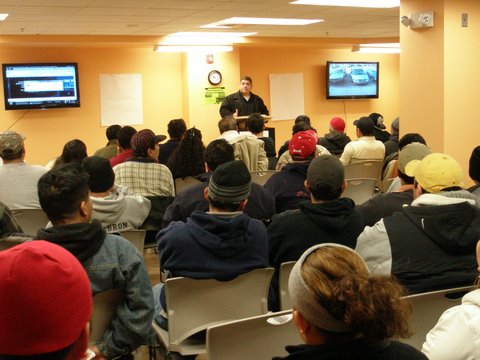 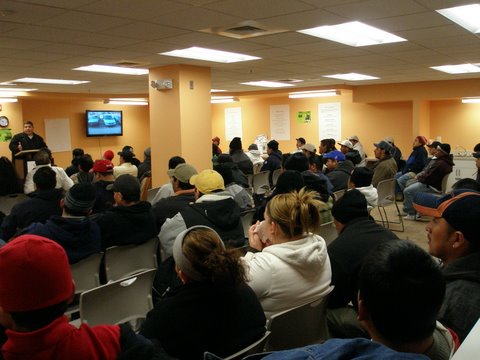