New Orleans               Other than on some kind of screen, silver, LED, computer, TV or whatever, I probably would not know a screen actor if one bit me, so I’m probably not qualified to comment on the internal squabbles within the Screen Actors’ Guild (SAG) and their termination of Executive Director and Chief Negotiator Doug Allen.  But, I do know something about Doug Allen, so I cannot just let this pass.

The controversy, as I read it, seems to focus on a hard line stance that Allen has taken to try and capture some greater share for the actors of the burgeoning venues for the product where they have plied their craft.  Tina Fey (30 Rock — star) made the comment the other day when receiving a SAG award for best actress on a TV-comedy series that she was proud of the award and looked forward to the day when her daughter would be old enough to watch the 30-Rock episodes on her computer and turn to her and say, “Mom, why aren’t you getting any residuals for this?”  On the other hand some of the more established stars (Tom Hanks is one name) seem to feel that the economy has gone through the tubes and they need to back off of their tough bargaining, get back to the table, and cut a deal and comeback another day.  I’m sure there are merits on both sides, and I cannot pretend to know the inside story.

But, I have to say that Local 100 SEIU had an experience with Doug Allen when he was the #2 man at the NFL Players’ Association under the recently deceased Gene Upshaw that has always left me in his debt, and would make me hard pressed to not believe that Allen is still a workers’ first, union all-the-way guy, even though that was now more than 25 years ago.  We had organized the back of the house at the Hyatt Regency next to the New Orleans Superdome.  We had won the election but the hotel was still fighting tooth and nail to keep from bargaining with our union.  Originally, when we won the election we were an independent union with the mighty United Labor Unions (ULU), but in 1984 had affiliated with the Service Employees under the leadership of John Sweeney.  Part of the deal on the affiliation is that SEIU would exercise its influence to help us get a contract with the Hyatt.

Sweeney felt he had a good relationship with Upshaw and a meeting was coming up for all of the AFL-CIO state federation presidents in New Orleans.  Jay Hessey, a former ACORN organizer, had signed on to help do support for the Hyatt Boycott on SEIU’s payroll in DC.  We needed a lift to the lonely pickets in front of the hotel and the work in trying to push conventions to not use the Hyatt.  Allen ended up being the invaluable guy at the NFL on the inside who actually made it all happen.  He was all about solidarity and believed that Upshaw and the NFLPA should be on line helping a small fledgling union even though it might make some of the owners unhappy.  Sure enough it was a great day and both Sweeny and Upshaw, along with a lot of the AFL-CIO state fed presidents walked the line with us.  I still have a painting in my house of that great day.

Allen was perhaps even more of a hero to all of us a couple of years before that when we were still independent.  We were fighting to organize fast food establishments with the mighty ULU triple deuce, Local 222 in Detroit.  We were trying to organize McDonalds’ along with other establishments, and had elections pending.  One of the big franchise owners brought in Earl Campbell, the former University of Texas Heisman winner, to speak to the young, African-American workforce and try to persuade them not to vote union.  [A couple of us have aged to the point where we are not sure any more if it was Campbell or Eric Dickerson, but that hardly matters for this story.]  Anyway Danny Cantor (now the grand jefe of the Working Families Party of New York State) was on the job in Detroit along with Keith Kelleher (now head of the huge SEIU healthcare local in Illinois) and found himself making desperate calls to New York to the NFLPA to try to get them to call their players off and keep us from getting sandbagged by more jocks coming in on captive audience meetings.  We were involved in a quixotic campaign as an independent union in the early 1980’s going from hand-to-mouth trying to do the impossible with our convictions but hardly a friend in the world.  When Danny got Doug Allen on the phone, Allen never hesitated, spread the word, stood by us, and at least made sure that no more NFL players ever showed up to muscle up on us.

In the news he said that he was surprised to be fired and he seems to have been let go in a weird way in unusual circumstances where the board was polled rather than voting directly and a bare 55% or so majority threw him under the bus.  What do I know about all of that, but I do know that this was a true union brother who knew what solidarity really meant and what unions could do and why they matter.  He was no actor for sure, but in our experience, he was always the real deal in times where that is rare.

Respect must be paid. 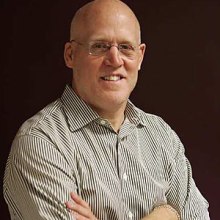