Santiago    The leaders met all day from 9 until after 5 and then could be seen continuing the conversations later in the evening.  The vision was gripping.  They were building a cohesive federation in which they saw solidarity between low income and working families and lower income, regular and informal workers joining together not only in the emerging seven countries of ACORN International but beyond.
The stage for the vision was set by the simple, but powerful stories told from San Juan Laragauncho, Boca, Santiago, and Toronto about basic victories won through hard struggle and constant persistence yield fundamental rights and, even more, some basic dignity to families and communities.  Ester’s calm tale of winning the paving of the central avenida in Lima’s SJL that would unite 16 diverse communities, and then winning the building of stairs to scale the steep hills on which squatters have perched their dwellings, and finally ending with the opening of the Club ACORN in SJL next week in a community center that they forced the Mayor to build.  He bluffed them by demanding that they produce 600 people to make the demand, and then they did.  Ercilia Sahores in translating called these “infrastructure issues,” but listening closely, we were hearing victories around fundamental, basic human rights that provide minimum dignities to people regardless of income:  education, potable water, safe and secure housing, and more.  The leaders were telling what amounted to “life and death” stories though never expressed in such stark drama.
The board of ACORN International had a resilience that would be impossible to comprehend if the same conversations were happening in the US or Canada or Europe.  When looking at the budget and the ups and downs of income and the long gaps between now and sustainability or stability, there was no shrinking back, no fist-banging, and absolutely no fear for the organization, and having been a helpmeet to similar meetings for more than 40 years, none of that would have been unexpected, yet here never a beat was missed, never a cloud broke through the sky of the discussion, the leaders simply and plainly spoke of what more they would have to do in order to make the ends meet, because the organization had to succeed.  Thinking later, I should not have been surprised.  Fighting for water, lights, roads, and roofs, never succumbing to the “reality of no,” is something that has made these men and women leaders in their communities.  They are dreamers unafraid of the daunting and oppressing reality of circumstance and situation, who force their wills upon problems to produce progress.  The organization was in such good hands.
The staff summing up later could feel the power on the meeting whether they had been there or not.  They had sat through days of meeting and planning.  They knew some were waiting for paychecks, some had not been able to make the trip, and that the work was tough everywhere, but they could also hear — and see when we visited the local groups in Santiago — all of the victories and the progress.  There was a collective sharing that can only be found in the deep honor that comes from being allowed to share this work with a collective purpose and vision and to see the building of a foundation in an international organizing community in new ways with a new vision.
The leaders and staff had worked to raise the money to make this trip possible and the strong bonds of shared sweat produced an equity that transcended worlds as different as social housing in Surrey or cinder block sheds along dirt roads in Santiago.  There was a long list of what needed to be done and a commitment for more and different communication to build the community and make it work.
Meeting in Lima in a year to do this all over again seemed like a highlight already enlivening the year.  No one here in Santiago would want to be able to not report that they had done their best and won with the rest.  Adding India and Kenya in a year and maybe even Indonesia or other friends, made it easier to look over the obstacles and see nothing but the best in the future. 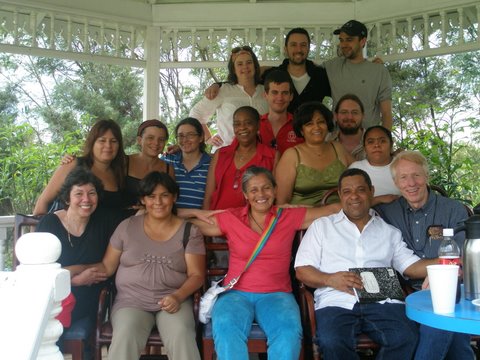 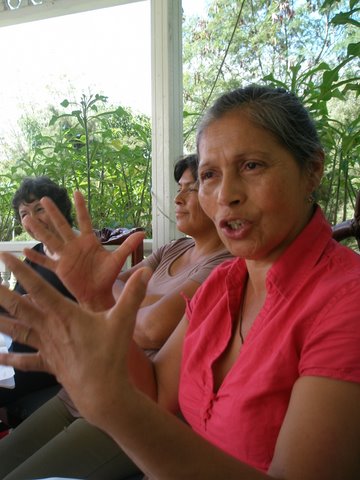 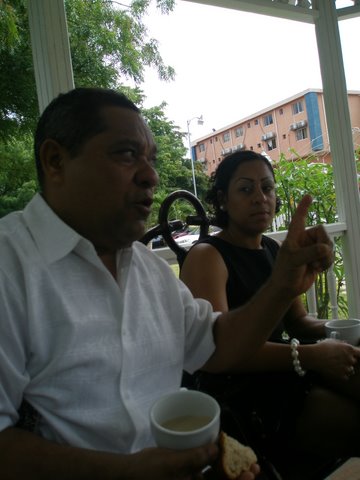 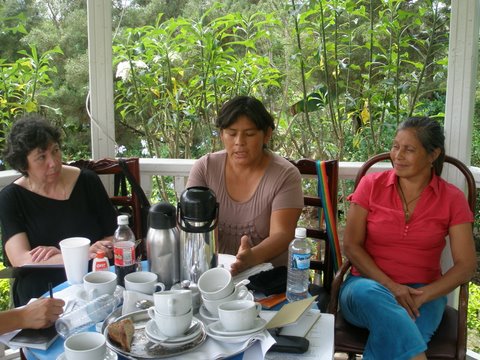