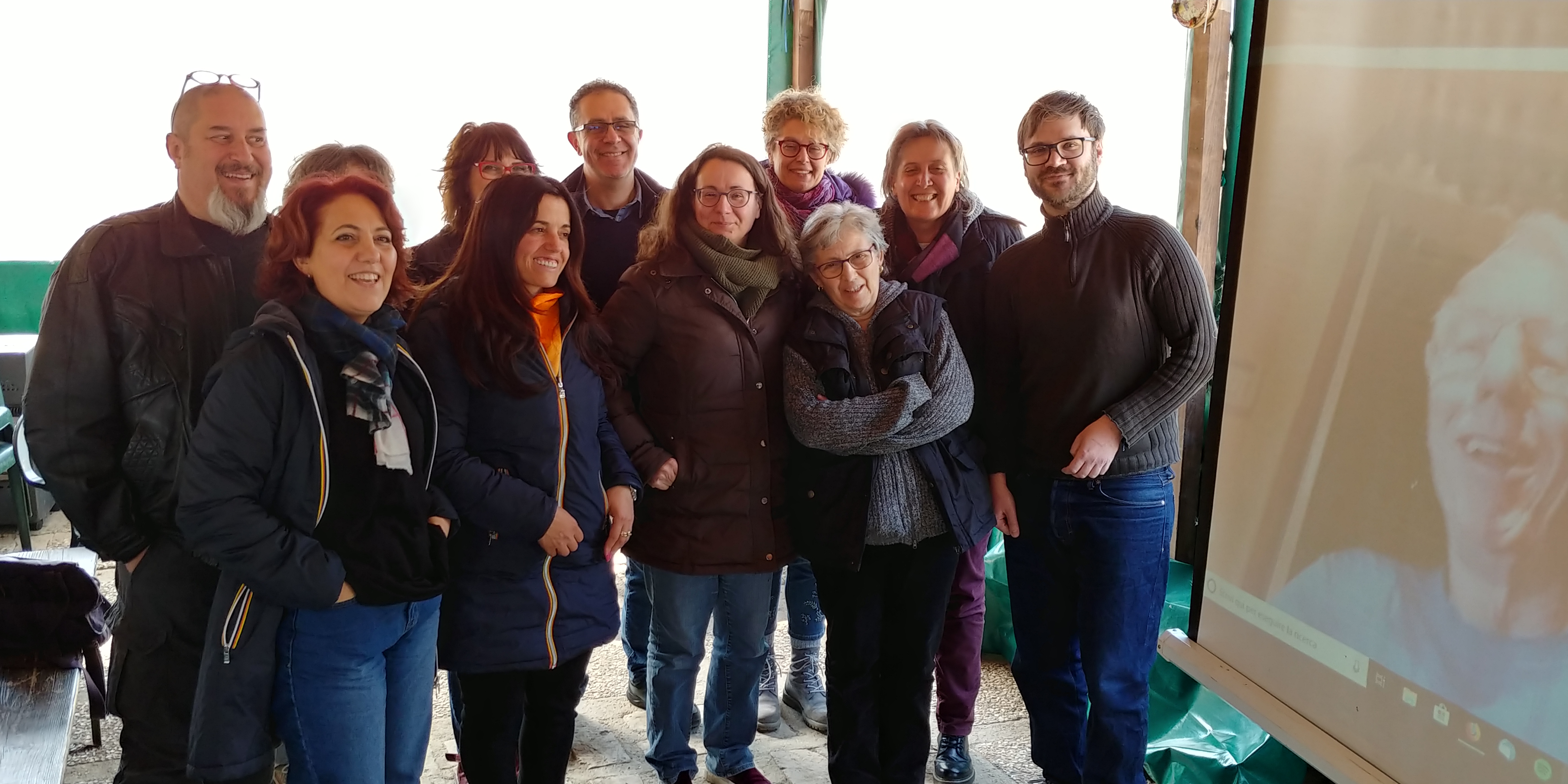 New Orleans      Changing planes between Tirana and Sofia, we ended up going through Rome.  Miraculously, my phone was working, so I reached out for David Tozzo, head organizer of ACORN in Rome, and happened to catch him.  It turned out that he was co-teaching a regular class on community organizing every other Saturday morning.  The next one was coming up soon, when I would be back in the USA, but knowing that I would be jet-lagged in a moment of temporary insanity I of course volunteered to do a Skype session with the call at 1130 AM in Rome and 430 AM in New Orleans.

They called right on the button.  As it happened, David had received a link to “The Organizer,” as a Kickstarter contributor, so the class had managed to make it through the English version of the movie, without Italian captions before they had connected with me.

After a brief update on ACORN’s current work, their questions came fast and furious.  I’m coming to expect the mandatory question on whether or not ACORN could have escaped attack, if it had chosen to stay small and precious.  Once we had covered the fact that we were a constituency organization not simply a community group and had to meet the challenge of growing to achieve enough power to protect and advance our membership, the next question was easier to embrace:  what is the “protocol” ACORN uses to expand to new places?

Often, we simply have to say we don’t have the current capacity to reach out to everyone who expresses interest, but more recently we share a simple manual developed by ACORN in the UK for those interested in building a tenants’ union or access to other information for those who want to organize their communities.   More practically, in more developed countries, we offer the opportunity for training in the UK, France, Canada or the USA.  To everyone willing to move forward, we walk them through building an “organizing committee” with the promise that we will recognize them as a chapter when they reach one-hundred members or more, affiliate them formally.

Of course, given the proximity of Albania to Italy, there were questions about my recent visit there.  I made a joke about some people in Tirana arguing that their pizza was as good as Italy’s, if not better.  Several of the group were interested in the difference between organizing in Europe versus North America, and I answered that the expectations of the state and social services were much, much higher in Europe.

I asked about reports of Italy moving to insert an income floor with cash supplements to get everyone over about $10,000 USD beginning in March, so what was the skinny there?  They answered that the downside was that the program was temporary for three years, but the upside is that it was a $9 billion commitment to the poor, and cash was critical.  I asked about the affordable housing situation for tenants, and the answer was simple: “Terrible!”  One woman noted the new normal in terms of little new social housing construction and a decrease in affordability.  She also made a troubling point about increasing divisions being forced between the “have nots” versus other “have nots” in order to prevent them from focusing on the “haves.”  Having heard earlier about hopes for building Roma organizations in Bulgaria, the Italians noted that Roma were being stripped of citizenship rights in Italy.

There’s a hunger for organizing and change.  We just have to figure a way to satisfy the demand.