New Orleans  One thing that intrigued me in both England and Ireland over the last two weeks was the amount of construction in every city I visited.   These were not little small-time projects, but giant cranes building skyscrapers in most of the cities.

Manchester was out of control.  On the tram in Manchester going to the office, I looked out and could see seven or eight cranes in the distance with existing towers already in place way outside of the city center.  I asked the organizers what’s up, and they pointed behind me to the other side of the tram car, and there were another three or four right there as well.  Going into Leeds train station I counted eight cranes on the horizon of this smaller city.  Walking along my accustomed route to Bristol’s Temple Mead station in the last half kilometer, I was walking between multistory buildings going up with new construction on both sides of the street.  Sheffield almost the same thing.  Then again in Dublin, the members said there were building all over the city center.

I kept asking, “What’s happening?”  Are there new jobs or corporate relocations driving this?  The answers varied, but no one really knew.  In some places, Dublin and Sheffield particularly the fingers pointed towards construction of student housing where developers build privately for universities and cop an extra 25% on the rents to the desperate students.  In other cities, as we scratched our heads, there were no clear answers.  Land was cheaper, we speculated in the north, but that doesn’t factor enough for developers to risk millions and millions.  Most of the construction was high-end rentals or condos it seemed. The only real answer seemed to be that either there already is a mass exodus from the exorbitant cost of housing in London that is driving people elsewhere to have an opportunity to ever buy or even to rent something or that developers realize that London has become so crazy that the hordes are bound to be coming.  Either this is the biggest favor that London has inadvertently done some of the other cities or there is a huge bubble in high-end and quasi-commercial buildings.

One thing is clear from everyone.  Almost none of this is about building social housing or affordable housing so that existing residents in these cities can find decent housing.  In Dublin for example, organizers were telling me that many people are decamping from there to Glasgow because the cost of housing is cheaper there.

None of this seems sustainable or sound policy about how to grow and who to serve in growing, which seems to make a crash unavoidable.

Please enjoy Grace Potter – Back To Me [Feat. Lucius]

Manchester     Leeds had been my last stop with the team as we barnstormed our offices in England.  Leeds was a new chapter that had self-organized with support from the other offices to over one-hundred members, and visiting with them in and around the showing of “The Organizer” documentary it was easy to see why they had showed such success with a crowd of over forty pouring into the Saturday matinee. 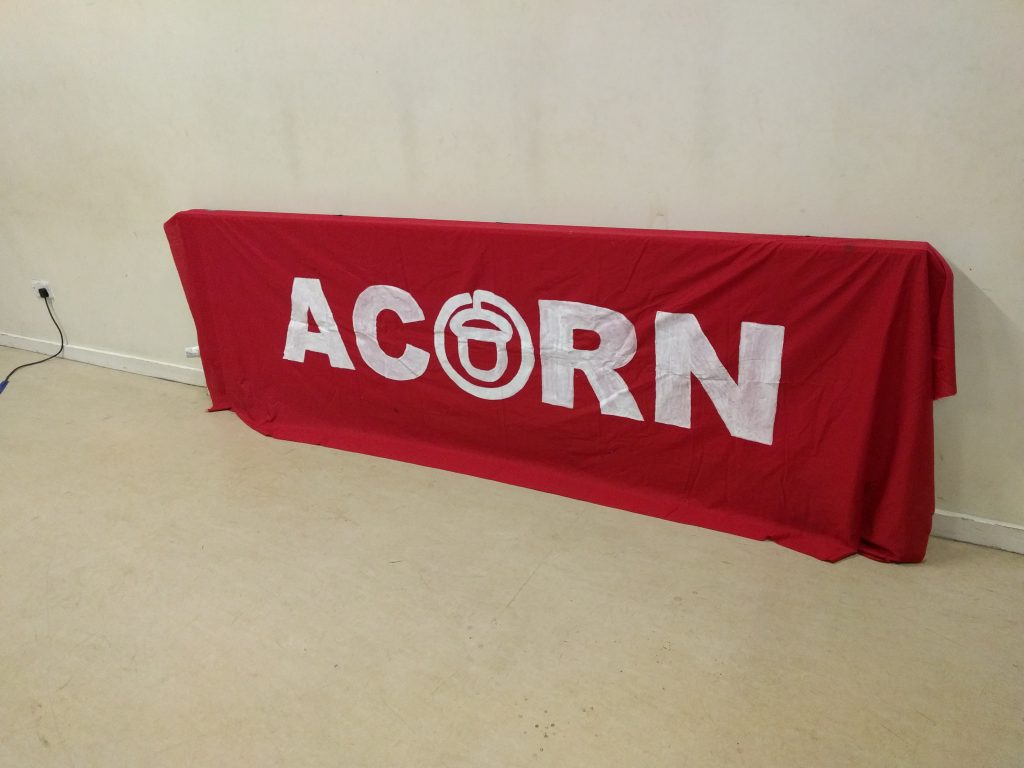 The banner made by a team of folks was one of the best constructed ACORN banners I had ever seen.  Trying to ask before the showing who had made the banner, I encountered nothing but dissembling.  No one wanted to take credit, even though many admitted having their hands on the job.  I would talk to one, and they would point to another.  That was interesting to me.

It turned out that in a rarity for ACORN local groups in their formation that they also had doubled up in other areas.  There were two communication officers, not one.  Two events coordinators, and so on. When there were jobs to be done, they had figured out a good way to get more people on the program.  I overheard them discussing the fact that some other progressive group had offered to cook dinner for all of them at their next meeting.  Good solidarity might be a hallmark in northern England. 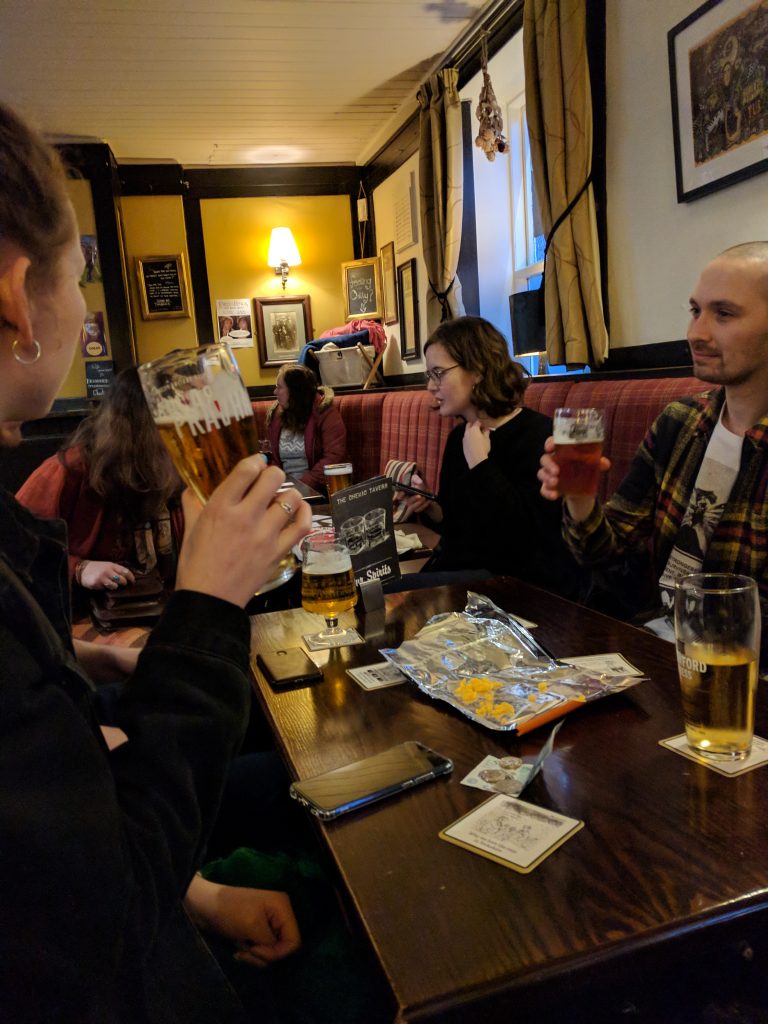 They aren’t alone in the UK.  Going to a nearby pub is common practice in both Scotland and England.  There were ten of the forty in Leeds in the after session.  Even more in Manchester and Sheffield.  It’s not your standard debriefing, but a social event among kindred spirits and comrades, and seemingly part of the standard time commitment for the activists involved in building the group.  Business is done.  Ideas and suggestions come up.  In Bristol, I listened to the events coordinator and other members discuss ideas for a future picnic, how to handle a politically astute local band that wanted to play for ACORN at some kind of affair, and so on.  A giant bus for an action demanding more public control of the bus system had been made at a something the organizer referred to as a “craftanoon,” short for a crafting afternoon, I assumed, which seemed like a thing. 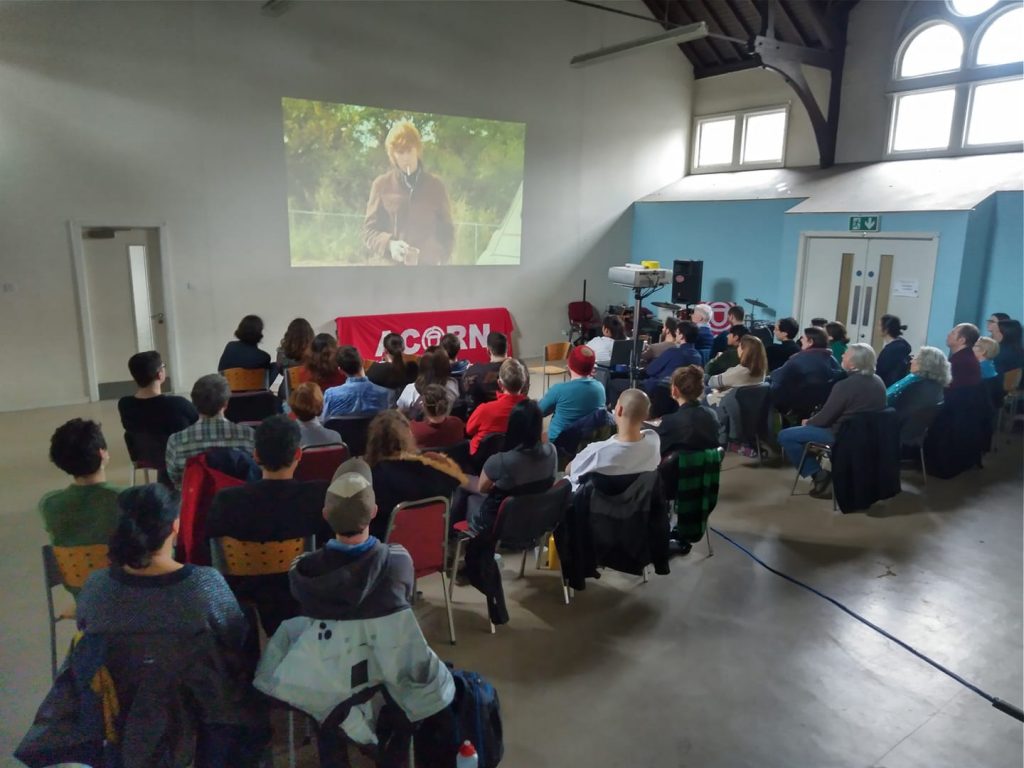 Leeds screening for The Organizer

There are different organizing cultures elsewhere, but like most cultures, this works here.  In Manchester, a woman showing up at the pub for a pint after the session allowed her to reengage and explain why she had been missing in action for the last year but was ready to be involved again.  Another woman turned out to be from London and the pub gave her an opportunity to assess the local scene and offer suggestions on contacts and funding bids to the organizers. 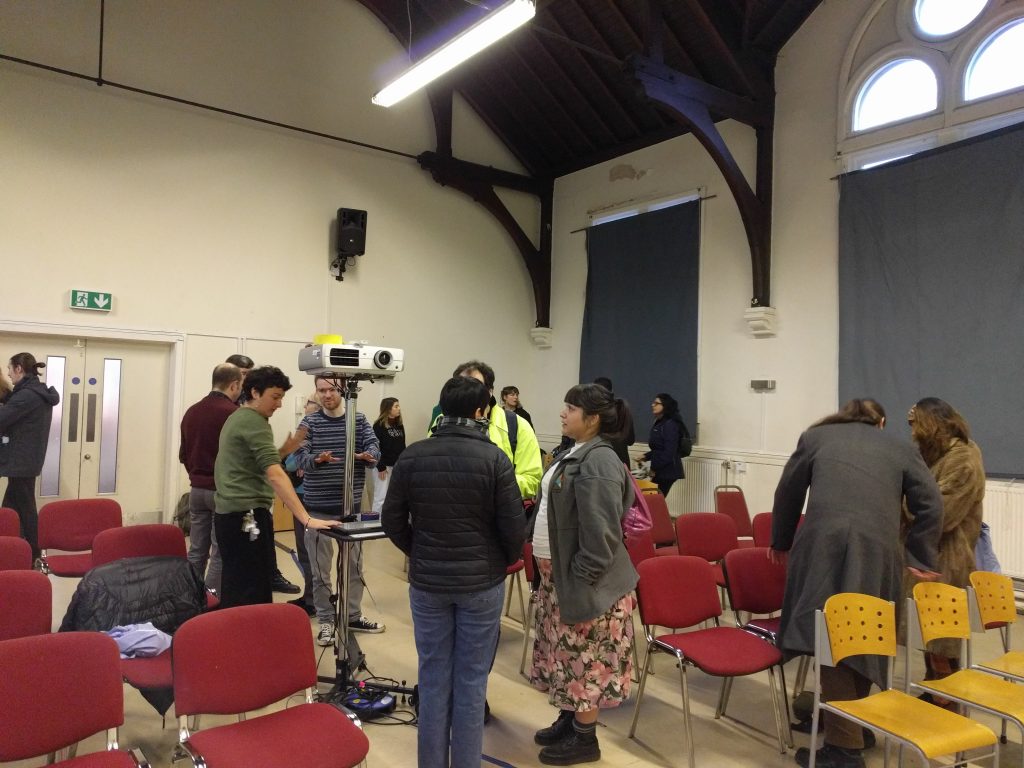 Gluing people together takes form in a lot of ways in organizing, and it was good to watch – and be a part of – the deepening strength of the organizing culture in the United Kingdom all across the country. 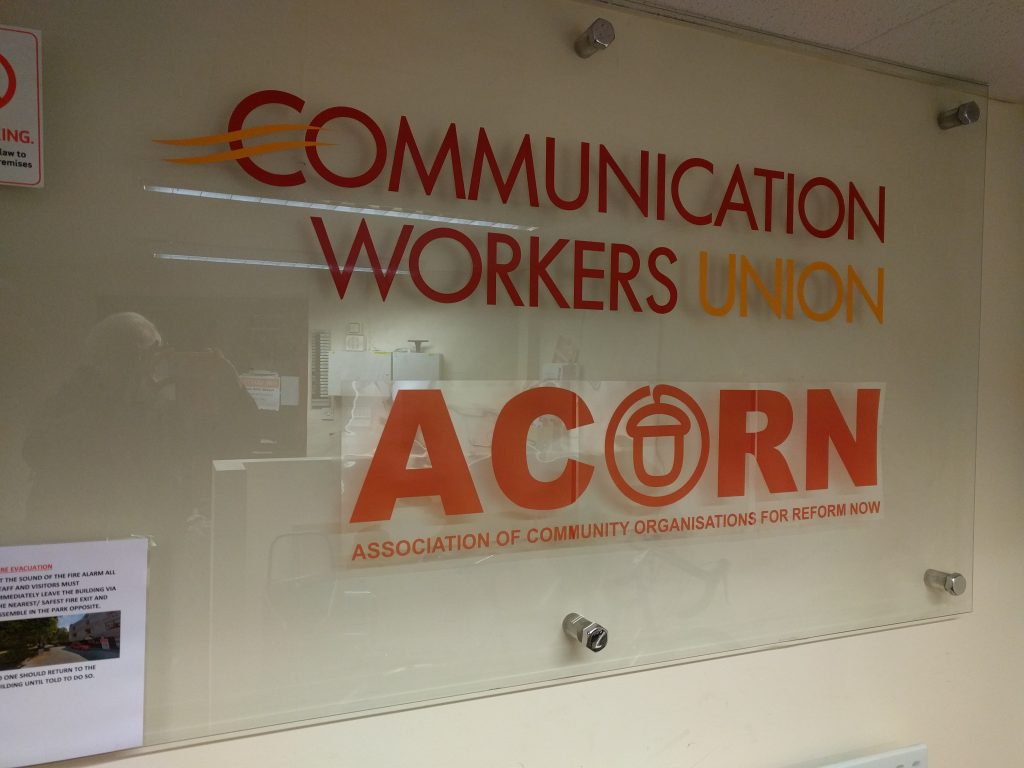