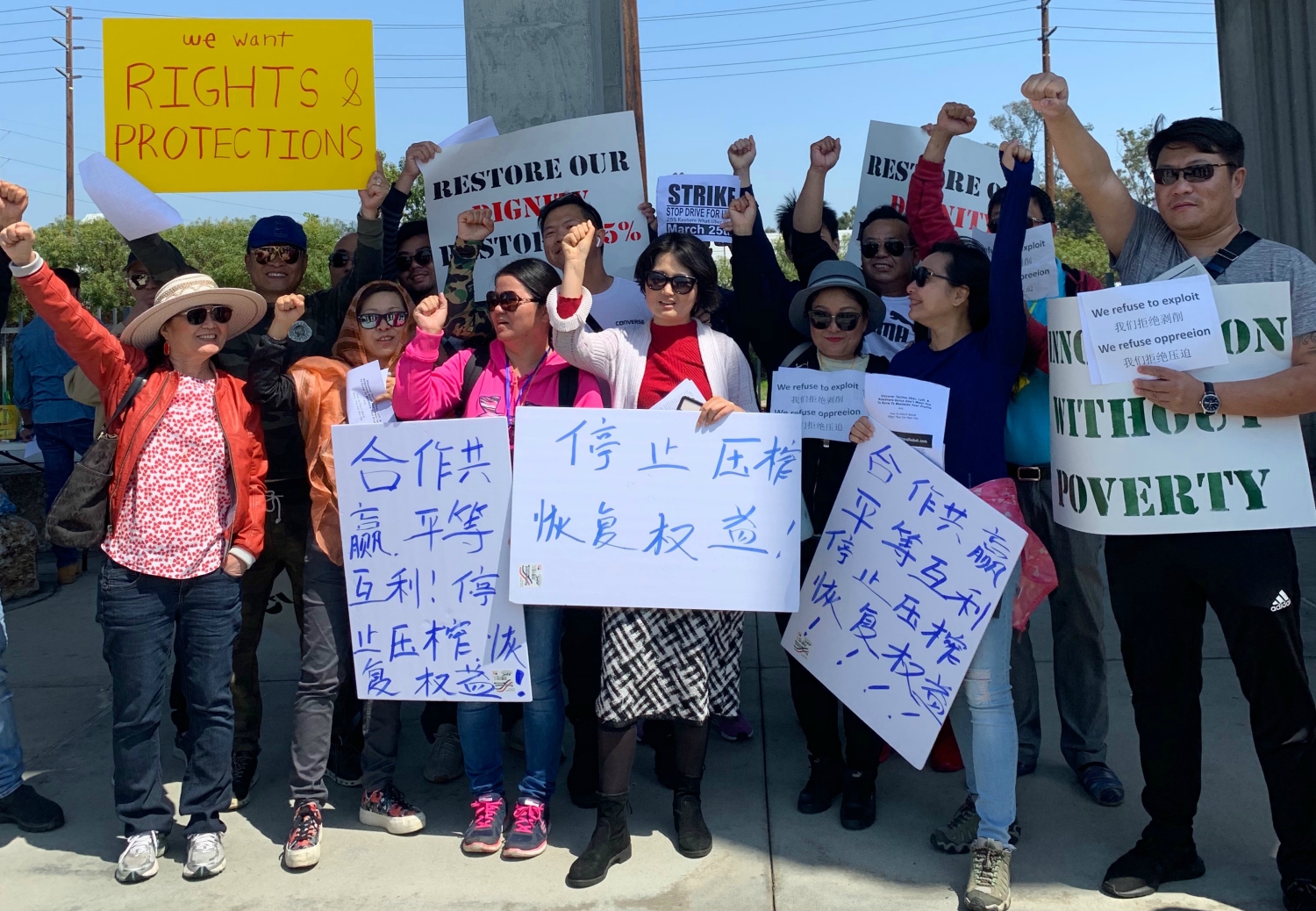 Washington        At Georgetown University Professor Joseph McCartin showed some bite-sized clips from “The Organizer” documentary and followed up with questions he posed, as well as a variety that came from the audience.  One former union brother launched a rant that bemoaned the loss of workers’ weapons dating back to the passage of the Taft-Hartley Act curtailing unions since 1947, more than 70 years ago.  Secondary boycotts were outlawed, no-strike agreements became standard, dues provisions became a matter of state legislation crippling income for many unions, and the closed shop was made illegal.  His message stated plaintively was that unions and workers needed to break the law to have power.

It wasn’t a question, so there was no need to provide an answer, though I used it as another opening to advocate for organizing the growing number of informal workers proliferating both developed economies and dominating job development in emerging national economies globally.  Reading about the efforts of Uber, Lyft, Handy, and the host of other app-based tech companies in the so-called gig economy to go around various state and federal classifications of their work force as independent contractors rather than employees started me thinking about his rant from another perspective.

Here is what the companies have been doing pretty successfully according to a recent report by both the New York Times and the National Employment Law Project.  In the legislation that Uber and Lyft backed to legalize their business, they often sought provisions indicating that ride-hailing drivers are contractors. About 25 states have now enacted such provisions, known as carve-outs. In other states, like Texas most recently, Uber and Lyft worked with a broader group of companies to have most gig workers who are dispatched through digital platforms, not just drivers, classified as contractors.

Without clear federal protections and preemptions, it’s the same state by state anarchy that we find in minimum wages, public employee bargaining, and a host of other worker protections.  None of that is good for workers, but I wonder if there is an unintended consequence of this legislative attack on workers that could be a potential organizing opportunity?

My Georgetown interlocutor called for workers to “break the law.”  Is there potential for more innovative and dramatic action when workers are in fact no longer covered by laws that regulate workers?  An independent contractor is by definition, even if inaccurate, independent.  Restraints and regulations for workers, correctly classified as employees and finding themselves covered by the National Labor Relations Act, prescribe the avenues of action for their organizations.  For groups of workers who are not employees, such restrictions melt away.

Years ago, our union, Local 100 United Labor Unions, successfully organized garbage truck laborers in New Orleans, Dallas, and other cities who were employed by city garbage services or contractors through temporary employment agencies as casual laborers.  There is in fact an NLRB test for allowing such workers to achieve elections and bargaining rights.  As casual and temporary laborers they were similar to independent contractors, and we flipped their powerless on the companies during a stalemate in bargaining, when the majority didn’t “feel” like going to work in July and garbage wasn’t collected and began to pile up.  Was it a strike?  No.  There was no mandatory requirement or guarantee for work or hours given to these hoppers.  They could come and go as they chose.  We finalized the contract at 11pm on that Friday night more than doubling wages making them perhaps the highest paid garbage laborers in the country and the subject of a front-page story in the Wall Street Journal.

If “gig workers,” using classic organizing methodology coupled with social media networking, could be organized to act collectively, then the repertoire of potential tactics and strategies available for such workers in states, where the companies have now successfully and sneakily had them declared as independent contractors and not employees, are as wide open as the wild west again.

A news item is flashing in from the West Coast in fact:

…drivers are on strike in Los Angeles, protesting a 25-percent cut to their pay per mile. Hundreds of Uber and Lyft drivers in Los Angeles went on strike at 12:01 a.m. Monday, shutting off their apps for 25 hours to protest Uber’s recent 25 percent cut in per-mile pay in their area.

If any workers dispatched by an app in Texas and some other states is now an independent contractor, then if enough workers turn off their apps or simply don’t respond, a company could be crippled until it conceded.  It wouldn’t be easy, but where there is no law, there is also worker opportunity for collective action.