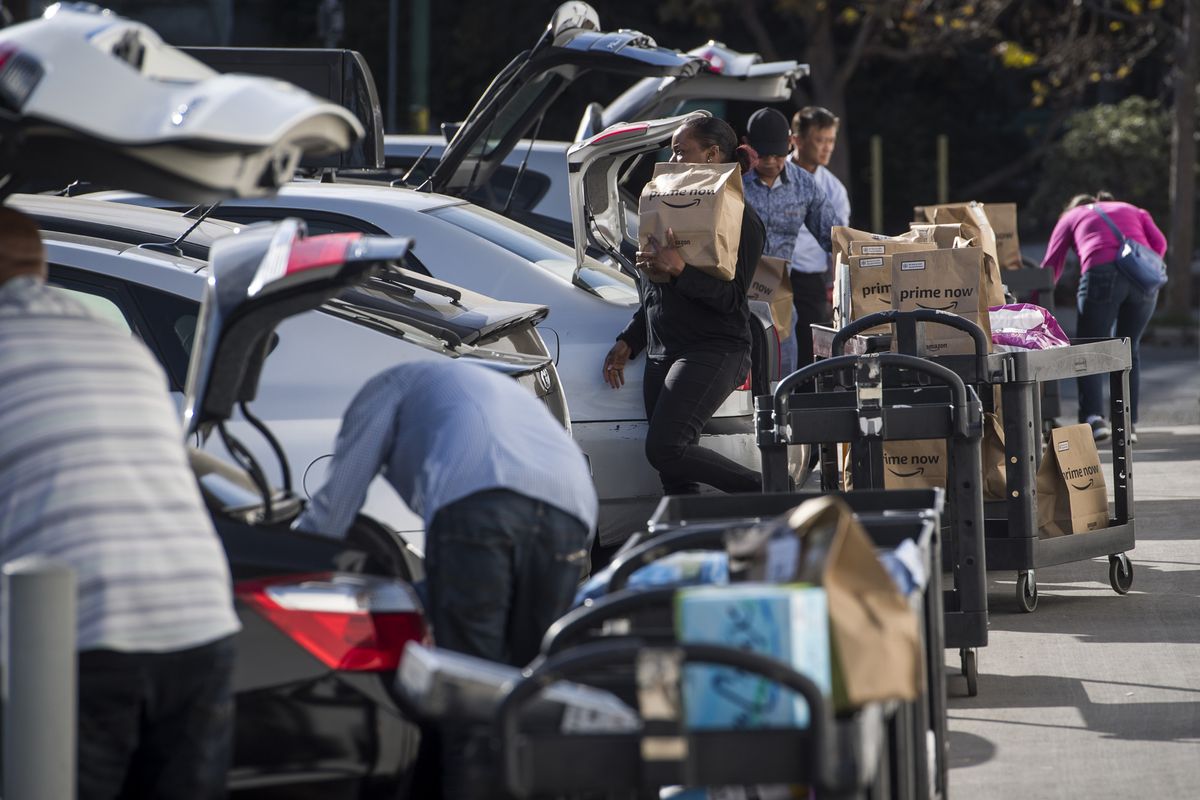 When we think about organizing precarious “gig” workers, the task seems biblical.  The workers may be ready, or not, but the spirit and the flesh are weak. We all bemoan the rise of gig workers. Low pay, few hours, no benefits are some of them, worsened by the uncertainty of a position where you can only work to deliver something being demanded by consumers at a premium you are powerless to control. App companies misclassify workers as independent contractors rather than employees in order to pass on all of the maintenance and capital costs, aside from web work and marketing, to the workers, avoiding the personnel benefit and equipment costs that are routine and inescapable for regular employers. Worker conditions seem to cry out for a union, but unions have to be wary at answering the call no matter how loud.

A recent “strike” by Uber drivers in Los Angeles illustrates the problem. The company had triggered the strike by increasing its percentage of the fare, thereby decreasing drivers’ pay.  In response, the drivers turned off the Uber application on their phone.  Stated more plainly, they went on strike by simply didn’t respond to any calls or inducements to drive.

Did it work?  Who knows?  How would any of us, whether organizers, curious observers, or company officials, know how to measure the number of drivers protesting in this way versus those who just decided not to drive on any given day or got ticked off and responded to Lyft instead or whatever?  ACORN tried a similar approach in the early 1970s when we were fighting increases by the Arkla Gas Company in central Arkansas. Our “Turn Off Arkla Day!” action got a bit of press, as the Uber drivers did in Los Angeles. But in both cases, the company yawned since there was no way to measure whether the strike affected their cash flow at all.

Organizing gig workers can be challenging, but there’s some good work going on for bicycle deliver drivers in Europe, where companies like Uber Eats, Deliveroo, and others have become ubiquitous. Last fall one of ACORN’s affiliates organized a meeting in Brussels that brought together union activists interested in organizing European bicycle delivery drivers with fledgling groups of drivers from a dozen countries from the UK, Netherlands, Germany, and others. That meeting highlighted several active organizing projects:

While these examples seem promising, unions clearly lack any real commitment to organize these workers, and the workers have limited leverage. David Chu, who directs the European Organizing Center, a joint project between European unions and the US-based Change to Win federation, told me recently that he hears a lot of talk about organizing gig workers but sees little action in that direction, but perhaps the spirit – and many workers – are willing to organize, but the flesh-and-bones unions are not?

Serious organizing efforts in the United States have been contradictory and embryonic.  Uber in New York City and San Francisco reacted to organizing efforts by attempting to coopt the organizations into agreeing that the workers were not employees in exchange for consultation rights on rule changes and other issues like receiving tips.  More concerted efforts to create a mini-National Labor Relations Board representation mechanism were launched at the municipal level in Seattle, but the organizing effort is currently mired in litigation over preemption by the National Labor Relations Act and the question of employee status.

Local efforts reflect the way companies keep changing their practices, as Marielle Benchehboune, coordinator of ACORN’s affiliate, ReAct, noted recently in Forbes. “What will make the difference,” she suggested, is workers organizing “on the transnational scale.” Perhaps her analysis is correct.  Perhaps a rare global organizing plan could create enough pressure and leverage among these competing companies that could weld a workers’ movement together from the disparate pieces of independent worker mobilizations that are cropping up around the world.

Given the challenges, how much should we invest in organizing gig workers? Labor economists in the US caution that despite all of the hype from Silicon Valley and even some labor officials about the emerging gig economy, it involves a very small percentage of the workforce.  Others, like Louis Heyman in the recent book, Temp: How American Work, American Business, and the American Dream became Temporary, argue that gig workers are just the pimple on the elephant’s ass of contingent and temporary labor that has been hollowing out the American workforce for decades, just as consultants have chipped away at management jobs as well.

I heard something similar fifteen years ago, when I asked a leader of the Indian National Trade Union Congress if they were doing anything to organize call center workers in India. He answered that they estimated that there were 30,000 such workers, but there were 450 million workers in India at the time and hardly 9% were organized.  He then shrugged. That’s all he said, but we got the message.  There’s much to be done in organizing the unorganized, and resources and capacity are always restrained, whether in India or Europe or North America.

Is that a reason for not finding ways to organize workers who are attempting on their own to find justice on their jobs? Or is it just another rationale for doing little or nothing?  The one thing that seems clear is that if unions are going to be relevant to the modern workforce and the irregular and precarious forms of work that are being created by technology married to avarice, we must debate and address these challenges. It may be difficult, but unions and organizers need to devise practicable strategies that allow workers to organize, win, and build enough power to force companies to adapt and change.

I wish we had the answer now, because the workers seem ready, but one way or another, we need to figure this out quickly!

The Challenges of Organizing “Gig” Workers Posted on April 29, 2019 by Working-Class Perspectives