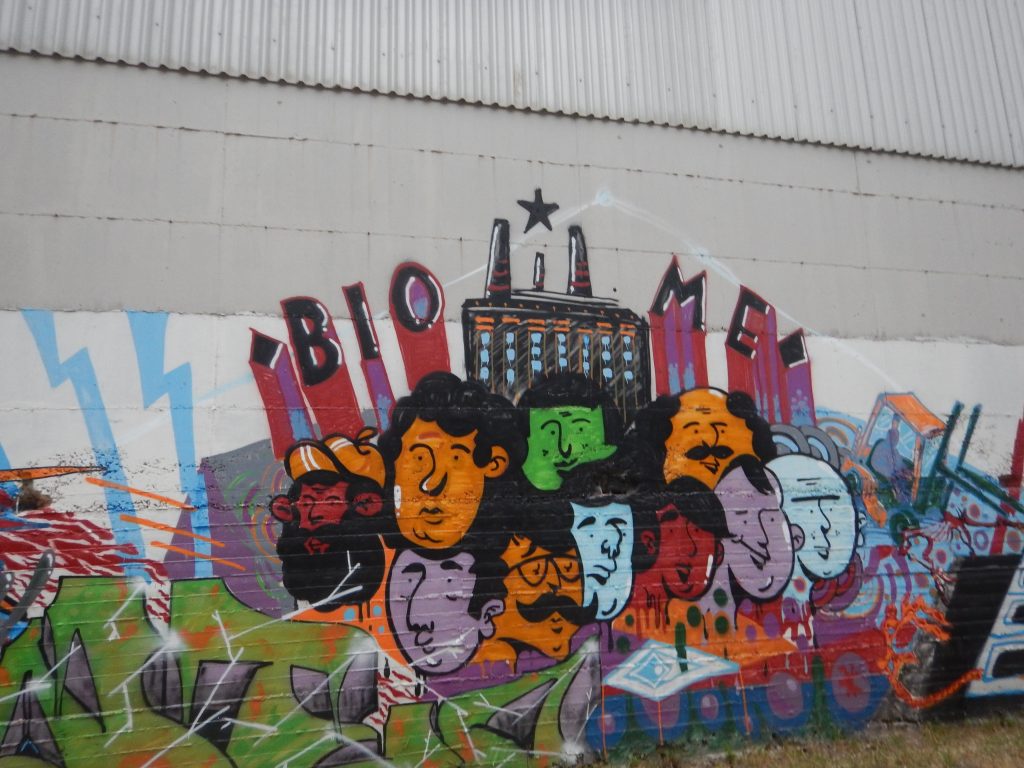 Athens      Perhaps nothing so epitomizes the “crisis” in Greece, as it is universally called, than the VioMe, a former metallurgical factory in the industrial district not far from the airport.  In 2011, when the full brunt of the economic collapse hit the country and the Greek owner of the plant suddenly shut the factory down, the workers took over and occupied the factory to protect their jobs and in outrage that they were left holding the bag and owed back wages.  At the time of the occupation, the fact that the workers were the primary creditor made it impossible to evict them, though in the “new” Greece seven years later that issue has now become contentious. 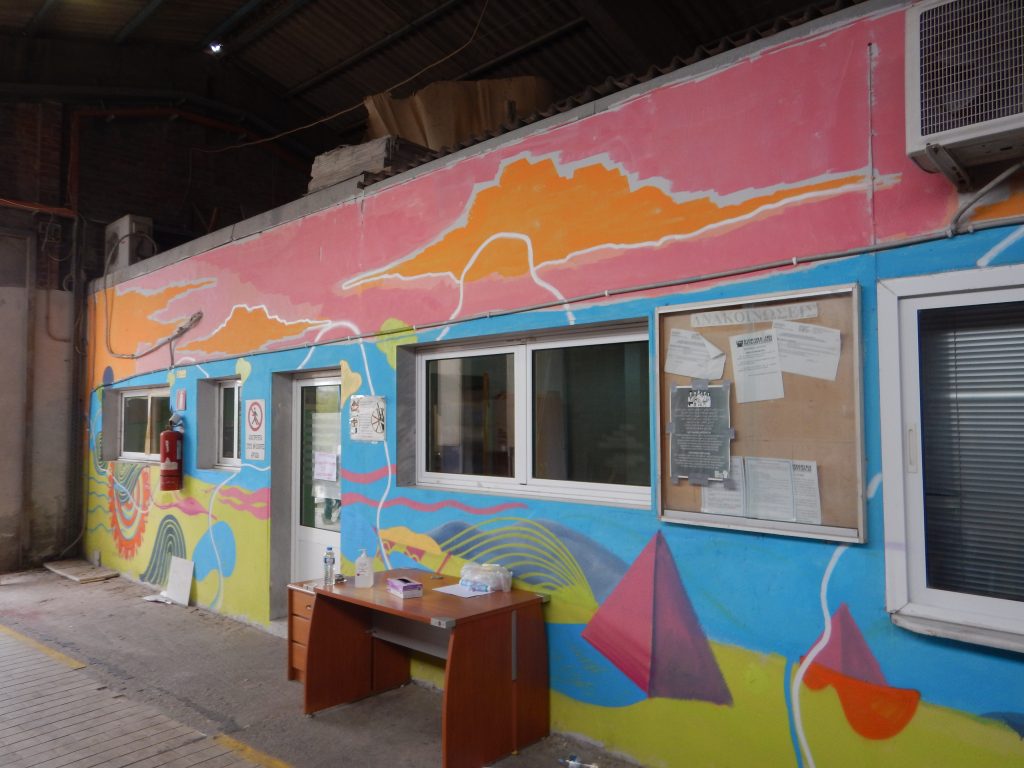 While I was in Thessaloniki my visit overlapped a festival being held on the grounds of the factory.  I toured the location and visited with many participants along with my newfound friends. Banners commemorating the occupation had been hung for the festival.  Murals had been completed or were in progress.  Space had been set aside in the cavernous vastness of the factory for large and small workshops and discussions about any number of topics from the political situation currently to the promises and potential of cooperatives, like VioMe.  There were booths and stalls assembled along the runway between buildings where local producers and some other cooperatives and artisans were displaying their goods from jewelry to wine to potatoes.   There was of course a coffee and tea stand.  The fire was lit for barbecuing skewers of meat and sausage.  Stages and sound systems were being set up for a final concert later in the evening of my visit on the last night of the festival.  People milled around, taking it all in.  There was a good spirit. 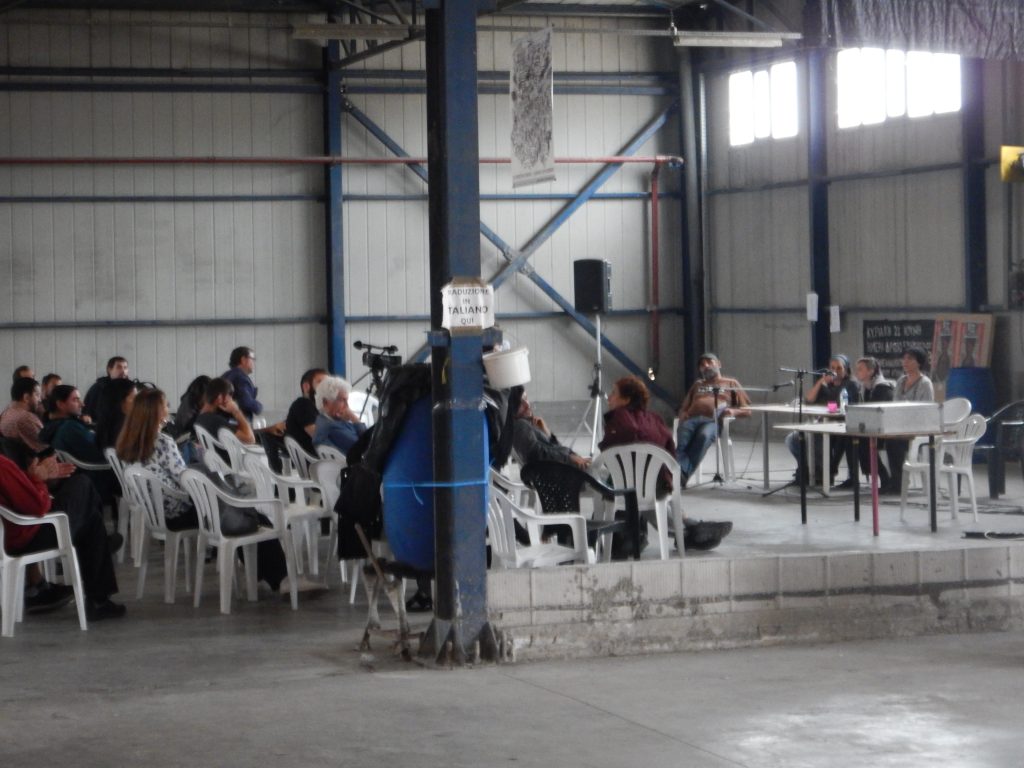 I visited a workshop run by Omnia.tv, an investigative journalism organization based in Athens and Thessaloniki.  They had dug deep into police attacks on youth.  Like similar web-based news sites in the US and elsewhere, they were stepping into issues where larger papers had deserted the field.  I talked to reporters with the public television station who were covering the festival.  I was impressed with their commitment to keeping the story alive. 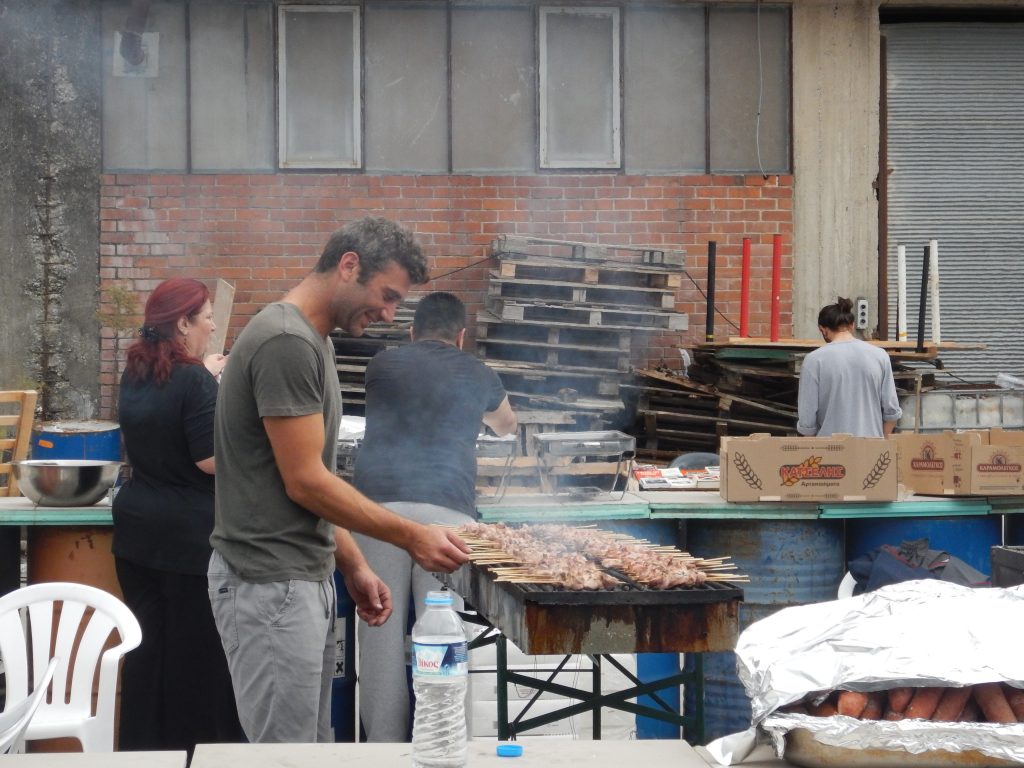 The workforce had gone as low as eight, but had now somewhat rebounded to twenty.  Unable to repeat the prior production regime, now the factory produced high quality soaps, dish washing liquid and other bio-hygiene cleaning products sold throughout Greece and in some neighboring countries.  I had heard of this operation originally in Sofia, Bulgaria earlier in the year.  Talking to various people around the event, enthusiasm for the project was mixed with concern.  The crowds were not as large as they had been in the past.  There was no defeatism, but the continuing crisis had worn down both activists and workers who worried about next steps and sustainability. 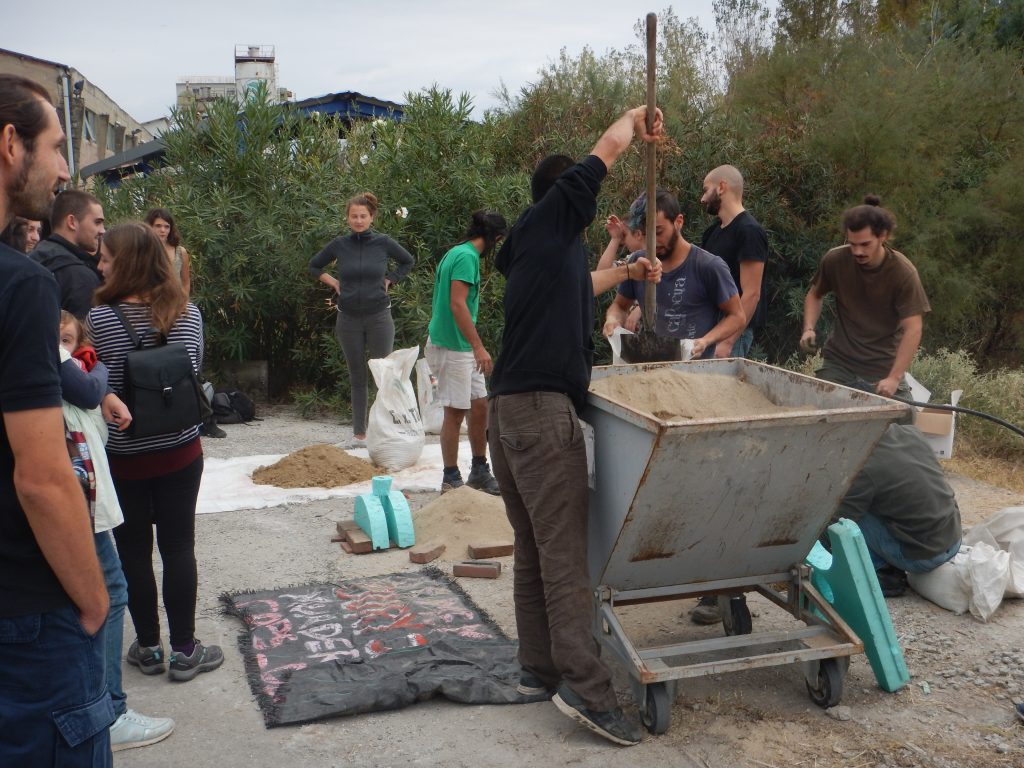 Part of the objective of the festival turned out to be to raise some funds to support worker defense in coming court cases where the previous owner and the banks were now challenging VioMe.  Banks in the new political economy of Greece had now displaced workers as the primary debt holders, endangering the future of VioMe.  They were accused of taking equipment illegally. 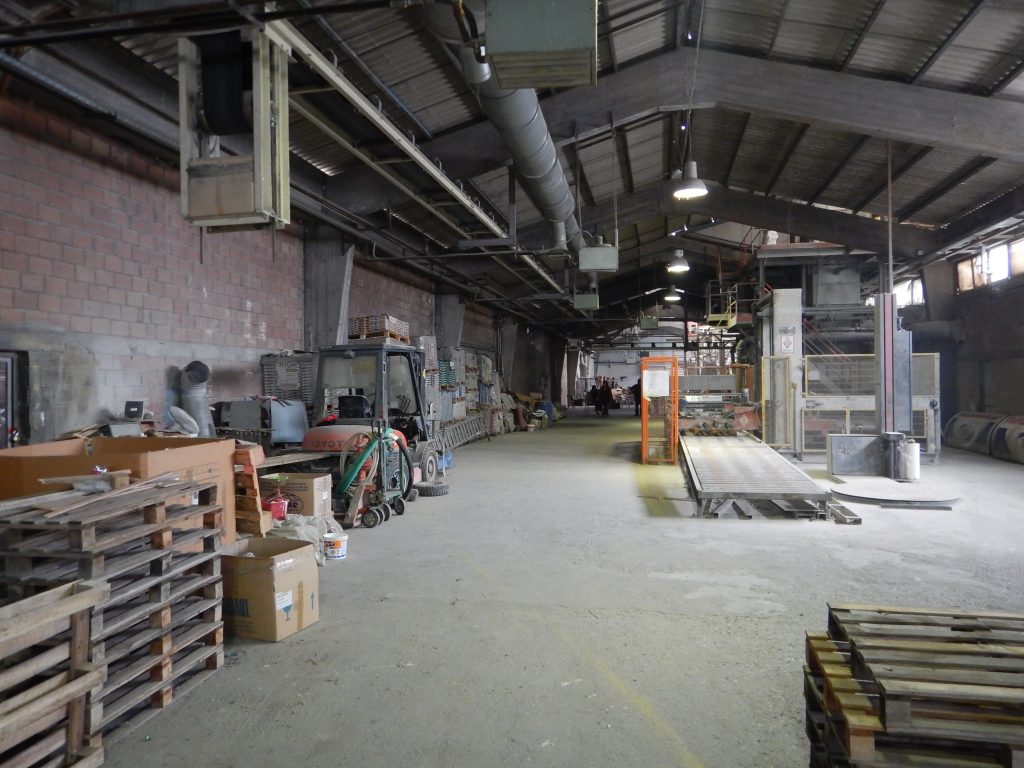 Workers have responded similarly in other crises.  Factory takeovers were common around Buenos Aires during the financial issues there also triggered by debt.  These are valiant struggles to align priorities with people rather than profits, but the very nature of these fights makes the odds long without a rethinking of people as the first order of every business.