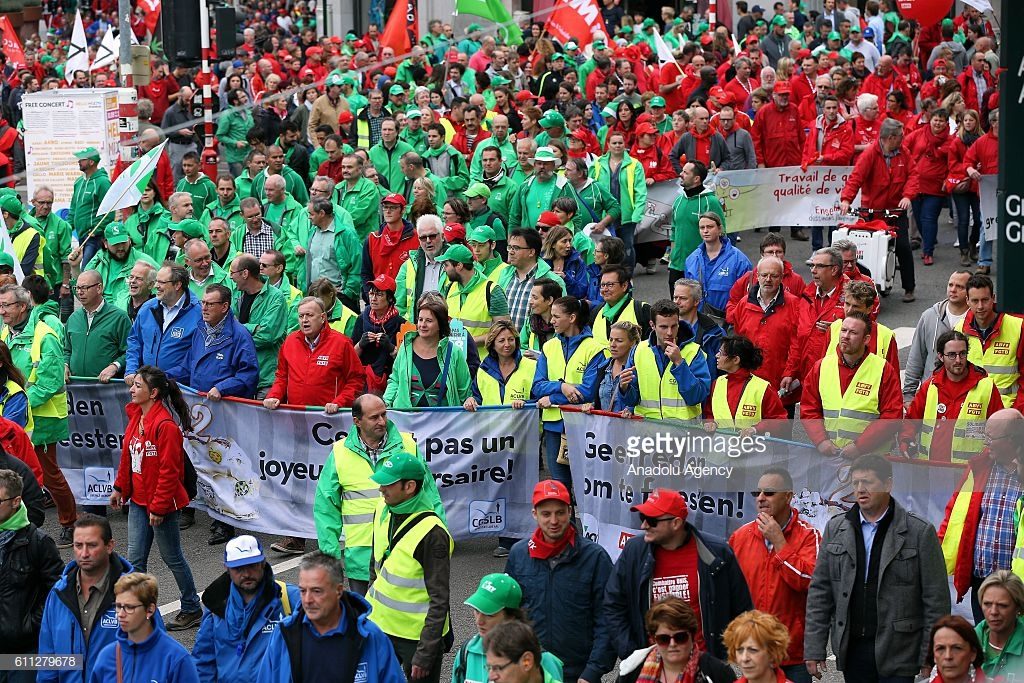 Brussels      Saul Alinsky would have wanted to be seen as a realist, so I can easily imagine him just shrugging and saying the equivalent of a “whatever” from more than 45 years ago.   The right seems to read him more closely than the left, both in the US and abroad, but at least some are reading him.  He’d be happy with that.  In the same way that Facebook is seen as the same as the internet in many countries around the world, in Europe at least, and perhaps everywhere, Saul Alinsky is seen as the same as community organizing.  Saul would be ecstatic to hear that undoubtedly.

I thought about this a number of times while in Brussels.  During the debate and question and answer sessions after the showing of the “The Organizer,” there were some questions about Alinsky.  During our training one or two of the people in the session asked about something they had read, often apocryphal, in Rules or Reveille.   Frequently, they want to know if the actions Saul discussed in the book every happened.  Usually not, but the threat is often more powerful than the action itself, so what’s the harm.  Do all actions have to be “fun,” one asked citing Alinsky?  No, many are more necessary than “fun.”  Then in the debate at the union hall the advertisement bringing people to the meeting suggested not only that my colleague, Adrien Roux and I would be there to talk about ACORN, but that we would also talk about the principles of Saul Alinsky and how they might suggest “new methods” for organized labor in Belgium. That would have been hard to do.  In some cases, we were asked to describe how the ACORN methodology was the same or different from Alinsky’s precepts.  On those questions, we had to put sugar in peoples’ coffee often times.

We all owe a huge debt to Alinsky and his work.  He was the great evangelist for community organizing.  In some ways, as evidenced by the interest expressed on the union flyer, he still is.  Our head organizers in France and Italy have both written books about Alinsky.  In that sense, Saul is still bringing people into the work.

At the same time, I think Saul would have adapted to the changes over the last almost five decades since his death.  Organizational and institutional ties have weakened hugely in that period.  To build an “organization of organizations” would leave out more people than it would involve these days.  Alinsky could not have anticipated these declines, but I like to think he might have evolved a model closer to what ACORN has done.  Before his death he was already experimenting with organizations like the Chicago-based Citizens Against Pollution and trumpeting the need to organize the middle-class rather than the poor.  I’m not saying that I agree with his direction, but he was smart enough to know that organizing had to continually adapt and experiment.  The latter day Alinsky followers still stress building from the base of institutions, especially the church, and particularly the Catholic Church.  There is a rationale there, but it also creates something less than an autonomous organization, and one that rises and falls with those institutions as well.

The legacy of Alinsky is alive and kicking.  In Europe particularly perhaps, it is best to simply protect the legend, because the actual organizing methodology would likely not bring as many people into community organizations. Brussels   What is the old saying? Something like, I’ve seen the future and it is in the Netherlands at least when we are talking about the inevitable fight to come someday in the United States to seize control of our national health care programs from big health care insurers. On the way between Germany and Belgium, I had the opportunity to meet with several organizers and campaigners who have built a powerful effort in Holland on this issue and are finding the response amazing with the potential to dominate the campaigns in the country’s elections in the spring of 2017.

If you were paying close attention during the health care debates in recent years over the Affordable Care Act or Obamacare, as it is known popularly, you often heard about the health care insurance scheme in the Netherlands which was better in its broad coverage of the population but, unlike many other countries, was provided by private, rather than public, insurers. Meeting with the organizers, I came to understand the situation a bit better. Everyone pays the equivalent of about one-hundred euros or $112 per month to private companies for insurance. I was fuzzy on exactly how this part works but the fact that they mentioned that much of the Dutch public’s opposition was rooted in disgust at the millions and millions spent by the insurers in advertising and promotion leads me to believe that a family chooses an insurer for their coverage.

There’s also a hammer to the head in this program along the lines of the deductibles that come under Obamacare. Everyone has coverage and everyone pays, but when they actually use the insurance, they have to come up with another 385 euros or $429. For some reason it is called an “own risk” payment, since if you don’t need to buy medicine or go to the doctor, your monthly payments are more like a healthcare tax or donation, so that when you do utilize the system, this is more like an admissions fee. Similar to the US experience with high deductibles blocking utilization under Obamacare, estimates are that 20% of the Dutch people are avoiding accessing the healthcare system, even when they need it, because they cannot afford the additional payment.

So the campaign is seeking to get rid of that payment of course, but also to move to a national healthcare fund more along the lines of the national healthcare program enjoyed by other countries. The support for their campaign has surpassed all expectations, and that’s part of what brought us together in this exciting conversation. In less than two months about 60,000 people have signed up to support the campaign either online or directly, and, amazingly, almost half of them are taking the additional step of asking for an “action” package on steps they can take in their communities to build the campaign.

With elections happening in mid-March of next year, this campaign couldn’t have been timed any better, so if it continues to build momentum in the summer, this could be the issue that dominates progressive debate at every level during the election. Meanwhile, regional meetings throughout the country are also pulling in crowds double, triple, and quadruple of organizers’ expectations, more are set coming off the summer with big demonstrations and other actions planned in the fall. They are riding the whirlwind here, and while they are doing so, as I said earlier, they are running the pilot program that organizers in the United States and elsewhere will need to be studying and copying in order to deal with many of the same issues involving national – and better – healthcare in our countries.