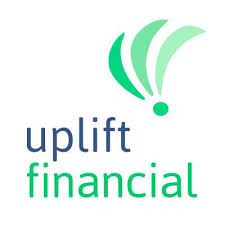 San Jose     The Everett Program at the University of California at Santa Cruz specializes in technical solutions for social change organizations.  ACORN has enjoyed a partnership with the program for the last three years that has seen several students work with our hawkers union in Bengaluru the first year, another team work with the ACORN Home Savers Campaign in the USA last year, and this year work to produce PSAs to run for ACORN Honduras on television in that country.

Annually, I visit there when I’m in the California in order to meet the students face to face and move the partnership along.  This year was interesting not only as they showed me the progress on the video, but also talking to a class of Everett students about techniques to develop organizational commitment and how to develop campaigns.  I also interviewed several of our interns for Wade’s World.  The combination of these conversations may have been helpful to them, but the real eyeopener to me was the huge debt trap that seems almost inevitable for these students, even with their eyes open as well.

Having just done a campaign training in Oakland only days before on payday lending, I used that as an example in Santa Cruz as well.  The students told me that the average all-in cost for this public university was about $36,000 per year.  There is a housing shortage on campus where many of the common spaces are now bedrooms, and two-person rooms are now sleeping three.  In town, it’s no better.  Asking the class about their individual rents, the responses were as low as $750 for one young woman living with 7 or 8 others, but more commonly the rents per person ran from $1200 to $1400 per month.  The Census Bureau recently released a report indicating that the median rent is now over $1000 per month throughout the country.  A rent freeze measure on the ballot in Santa Cruz in the last election fell short along with the statewide expansion of rent control for additional cities.

Some students knew about payday lending, but that tended to be only the few who had come from lower income neighborhoods in California.  Most had bank accounts, but no one had a physical checkbook, and most claimed little experience with overdrafts since they lived out of the instantaneous information online on their balances, and banks blocked them going past the levels.  Asked how they picked their banks, one explained he was “born into it,” and others nodded in agreement.  Virtually all of them seemed to be facing the prospects of significant school debt when they would graduate.

Financial literacy is a fairly meaningless phrase when you really don’t have much money and are forced by necessity to embrace predatory products and debt prospects.  I thought about this reading about a migration of payday lending practices into lending arrangements for rent for millennials with irregular income.  An article in the Wall Street Journal described the companies entering this space:

Uplift, one of several startups offering loans to recent college graduates, professionals moving to a new city and others who want to build credit or could use assistance making rent payments. These companies, which also include Domuso and Till, are entering a market long associated with payday lenders. Compared with cash-advance loans, which come with annual interest rates as high as 700% in some states, funds from the rent-lending startups are available at much lower cost. Some are competitive with credit-card borrowing rates at less than 20%.

Reading that piece and thinking about what I was hearing from these young students, I couldn’t help thinking that I was working with minnows while the barracudas were circling.  It wouldn’t be pretty, and swimming in debt and desperation, too many of them will be easy prey through desperation rather than choice. Santa Cruz   I drove over the mountain, as they say in this area, and ended up on the top of a hill with a dramatic view of the valley and water, while visiting the stunning campus of the University of California at Santa Cruz. I was there to talk to students who are part of the Everett Program there, where ACORN is new partner, along with other nonprofits. My other motivation was an effort to get a better grip on what the program was all about, as a rookie to the enterprise.

I had gained some sense of the operation over the last year through a series of Skype calls and emails. We are fortunate to have three of the Everett Program students working with our organizers in Bengaluru, India this summer to help create a CiviCRM database for ACORN’s 35,000 member hawkers union there, so this also offered the opportunity to meet the interns face-to-face and shape the effectiveness of their upcoming two months in India with us.

The background I learned from the director, Chris Benner, and veteran staffer and organizer, Katie Roper, indicated that it had been a program for several decades at UC Santa Cruz, but has recently been expanding. Every fall, they begin with about 100 students and by the end of the spring quarter they have about 30 ready to embed in various projects. Historically a lot of the efforts have been California-based, so ACORN is a beneficiary of their growth and expanding vision. Being on the ground I was able to do an early pitch for a team in 2018 to work out of New Orleans to support the tech needs of our organizing both domestically and internationally, which was a nice piece of lagniappe.

Most interestingly was the opportunity to talk to the students for a minute and more importantly to hear their questions and get a feeling for what they were thinking. Spoiler alert: they have a foreboding sense of the world and how it views change and organizers who are part of that process.

Over the years I’ve talked to a lot of classes and groups of young people, but now in the Age of Trump and hyper-polarization,  I was still surprised when the first question asked me whether or not I had ever been threatened in the work and how frequently organizers were assaulted. Later in the session, another young woman asked a question that went to the heart of whether or not a young person in their early 20’s could even play a role in the work and whether or not it was worth the risk to jump into the struggle. At one level, this is encouraging. Young people are taking the temperature of the times, and learning that it’s not pretty out there with love, flowers, and constant applause. If these kinds of questions are any true sampling, they are less naive, and therefore will be better prepared, if they take the leap into the work, to weather the constant storms and flying brickbats. On the other level, it is worrisome whether in these beautiful, redwood towers, people might feel intimidated and fearful of taking the plunge to work in the hardscrabble countrysides and mean streets of the city.

We need an active army of organizers and people ready to work in the allied trades, and that was my message: there’s a role for all of you, but everyone has to put their shoulder to the wheel and help to win the fight in this struggle. I hope they heard me. We need their help.