New Orleans      Remember back in the old days, which might have only been a few years ago, but certainly seems so twentieth century now, when it seemed OK that Google was the go-to search engine for most everyone, the mail service for billions, map reader for the masses, and so much more?  Sure, you do.  There motto then was “do no evil.”  What a hoot!  That was so before the principals were gazillionaires and could hide their libertarianism that values all things individual over anything collective from governments down to the regular folks on the street.

With a workforce of 100,000 direct employees around the world and 100,000 or more contractors, this “do no evil” thing is officially over when it comes to their own folks much less the rest of us.  Time to tighten the screws!  Reports are out now that among their many contracts their human relations folks have hired IRI Consultants, a notorious union buster, to give them advice on how and where to put their boot on their employees’ necks.   I know IRI well enough.  They were a household word for SEIU organizers in the twenty-five years, Local 100 was affiliated there, just as SEIU is a household word for them on their websites as they tout efforts to thwart the Service Employees hospital organizing drives.  One of the few listservs I still get is a regular alert and spreadsheet on “Union Busters,” since they are required to file with reports on their activity though most, like IRI Consultants, do their dirty work in secret.

The dissembling by Google over IRI’s work for them is a piece of the same cloth, though many of their recent actions, as reported by their workers, smell like them.  Google has been moving to close down its more open culture of employee outlets for wide ranging comments.  The company now wants to know about any meeting of 100 or more workers or requests for ten or more rooms.  Weekly all-hands meetings are now monthly and only vetted topics allowed.

Google is reacting to a growing feistiness by its workforce.  A relatively small walkout freaked them out.  A petition against Google contracting with the US Customs and Border Protection agency was a pimple on management’s butt.  There is no real threat of a union organizing drive across the company, but this whole legally protected concerted activity thing under US labor law is chafing them as well.

The attempts by the National Labor Relations Board to now curtail what they are willing to protect as concerted activity on company email servers is undoubtedly a flashing neon light for Google and its buster-buddies to try to suffocate their workers communicating with each other about Google, their work, and their grievances.  Recently, the EEOC has partially kept the door open to protect workers when they are communicating collectively by email about sexual harassment, but the retreat of the NLRB is significant.  California labor law may protect some Google workers based around headquarters, but all of the signs are bad as the company begins cracking down harder.

“Do no evil” was a good early recruitment tool for Google and pretty good marketing for the rest of us, but the new Google practices are less about changing or doing good in the world and more about holding onto every penny along the way.  “Do evil” or whatever it takes to your workers is standard operating procedure for mega-companies, so put Google on that list as the same as the rest and far from the best. 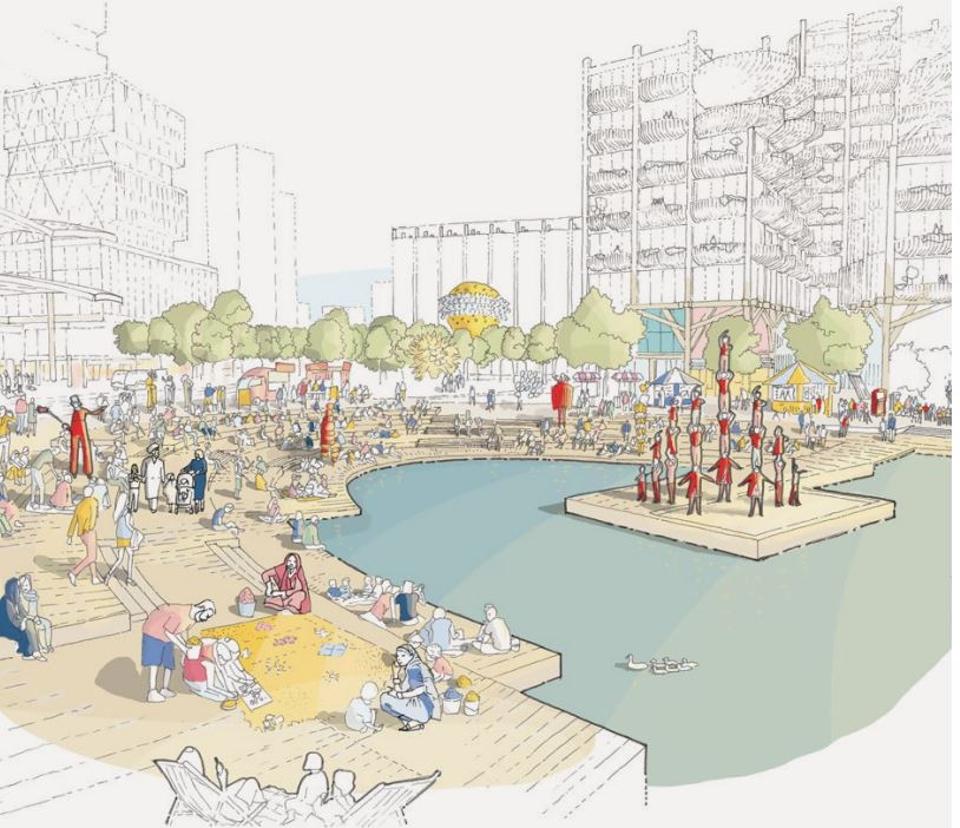 New Orleans    Maybe I should shut-up about the Sidewalk development project being proposed by Google in Toronto on 800-acres.  ACORN and some of our allies went after them from the day they won the bid to submit proposals on the issue of the lack of affordable housing in a city that is caught in an affordable housing crisis.  The more than 1000-page proposal they submitted this week actually makes concessions to our demands.  Of the 35,000 housing units now proposed, they claim that 40% would be affordable.  That’s a win, but is that enough to make us stomach the role of Google, the fakery of the consultative process up to this point, and, frankly, the neoliberal corporate control and privatization of public process, regulations, and responsibilities.

I’m not going to pretend that Google isn’t a tech wonder even as it has become a world power.  It’s not as creepy as Facebook, but it’s unaccountable with a business model that pimps out all of us who use their services.  I have a google address for some personal business.  I use Google Maps to navigate my way around the world.  ACORN has a YouTube channel.  When PalmPilot went under, I had to switch to Google calendar.  I’m not a hater.

ACORN Canada even uses Google to host their email system, despite the fact that Google is crystal clear that they never destroy anything.  The depth of their data mining operation is unlimited and unfathomable.  They want to make the Sidewalk project a data motherload for Google as well.  The company’s proposal claims that they will turn everything over to an independent data trust, sanctioned by the government, so that they, and others, can access the data.  Privacy experts are not so easily assuaged.  Neither am I.  Isn’t such citizen experience with public goods something that should remain purely the responsibility of government accountable to citizens, rather than accessible to a private business like Google or other private concerns?  If the city of Toronto or any other city announced that it was collecting data on its citizens and was then going to sell it, people there and anywhere else would be up in arms.

Google, as a private company, simply doesn’t get the fact that there are boundaries.  They are part of the “apologize later, never ask for permission” crowd.  Their proposal ignores existing Toronto zoning laws for example, and I couldn’t read any piece of this without feeling they were usurping the authority of government and the people.  That’s what neoliberalism is, the transfer of public rights and authority to private concerns.  If Google was hired to be a designer and developer, why would they believe that allows them to own the show and run it forever.  A developer, for good or evil, usually sells their “castles in the sky” and then gets their money and runs.  Google seems to think they should own this project forever.  Google needs to taught about limits.

The New York Times quotes Jim Balsille, who was the co-chairmen and co-chief executive of BlackBerry, once the ubiquitous smartphone of the business set, headquartered in Ontario in the Waterloo-Kitchener area, saying,

“I am keen to see the end of this faux consultation charade, an ugly 18-month, psychological public relations game….Google has deliberately weaponized ambiguity, subverted democratic process, obfuscated key elements of concern such as data governance and revealed information to the public only when smoked out by aggressive criticism or through a media leak.”

This just doesn’t seem like it’s going to end well.

ACORN Canada will continue to hold any and all feet to the fire on affordable housing, but perhaps all of us just need to thank Google for whatever good we see in the plan, ignore their attempt to buy support with their own investment masked as infrastructure spending, but recovered through selling data, and retake control of any development and hire contractors to provide whatever services public entities can’t provide.

Public entities have to be able to trust their partners, and Google is not a trustworthy partner at this point.  Google can bid like anyone else, but should not run or own anything.  Haven’t we learned that lesson from Silicon Valley by now?