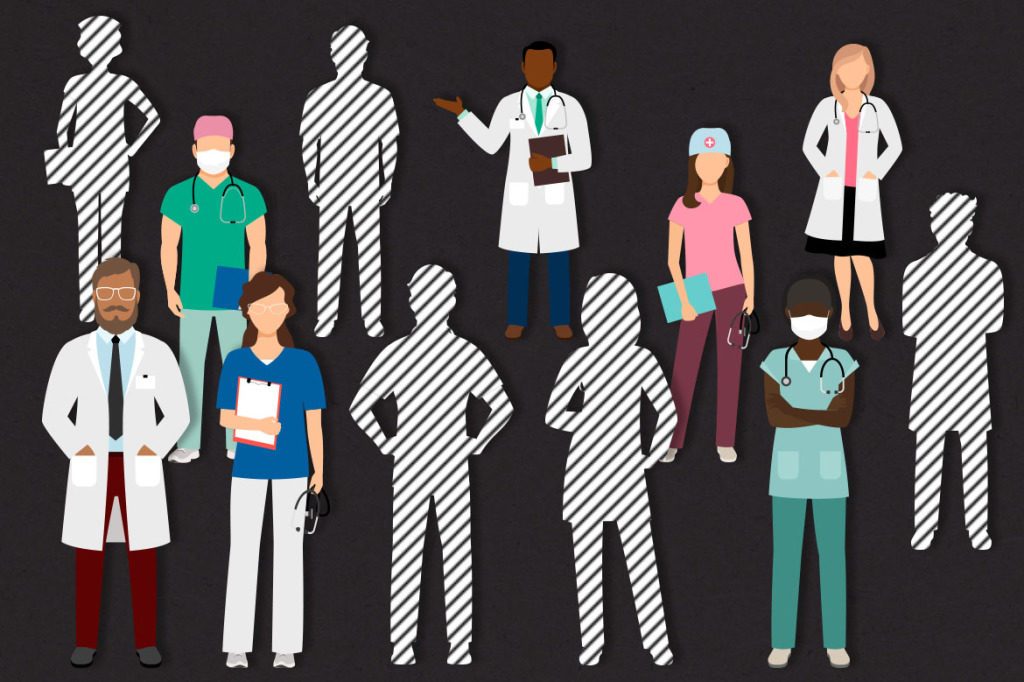 New Orleans       With more than twenty candidates signed up for the Democratic primary, they are undoubtedly getting more advice than they want from all corners, friend and foe, including for many that they need to get out of the race, so who am I to throw water on their fire?  Regardless, I’ll say this one thing more than one year out, remember James Carville’s line, “it’s the economy, stupid!”  Once they do, they need to not take lower wage, service workers for granted in the race against Trump, nor should they mistakenly assume they will turn out in huge numbers to beat him despite the rising inequality, his tax cuts for the corporations and the rich, his anti-immigrant and anti-poor positions and policies, and the endless list of other infractions and embarrassments in the White House.

Why?  Because record unemployment is finally forcing wages up at the grassroots.  I’ll tell you from the frontlines of the battlefield how I know.

A chain of nursing homes where our union, Local 100, United Labor Unions, has a contract for a number of homes in Shreveport in north Louisiana, had changed hands over recent years.  One company in more of a real estate play got in trouble with a REIT and had to declare bankruptcy.  A new one has taken over and was bargaining the successor contract for the homes with us.  We made our proposal to improve wages, and they came back.  We are now going to have a starting wage there of $11 per hour, a significant jump in the land of $7.25 minimums, and there were seniority bumps and shift differentials.

Was this one off, you might ask?  No, another contract that came up in Napoleonville on the west side of the Mississippi River between New Orleans and Baton Rouge at another nursing home a month ago.  There we also won record increases on starting wages and up and down the scale of almost a dollar an hour.

Did we just become stronger or better?  I wish!

The reality is that we are catching the wave of record, 50-year lows in unemployment rates close to statistical full employment.  Nursing homes require certified nurse aides, so it’s not simply hire-off-the-street, even though companies have not always valued the wages in the same way.

This wave of wage increases shows up in the Fight for $15 effort certainly and has spread to mass employers like McDonalds, Walmart, Amazon, and many others, who can’t get the workers they need.  I’m not pretending this is trickle-down and every boat will rise.  That won’t happen with the level of precariousness, gigging, and less than full-time work. Nonetheless, there are going to be a ton of lower wage workers who would normally be base voters, and still might be, but who are going to hit the polls with more money in their pockets, and less desperate to throw the bum out.  They won’t be focused on whether this employment run is a continuation of the Obama recovery and whether or not Trump’s claims are valid, but they will know their money is better.

Anyone taking these voters for granted will lose badly.  They aren’t Trump voters, but truth to tell, many of them are not chronic voters, so the message to our members and many millions more is going to have to be better than, “come out and vote for anybody but….”  They don’t like him, but they won’t break a leg to beat him, because they don’t like the elites any better than he does, and for all the sound and fury, they will know their money is better now, even if the rich are richer. New Orleans   Think about these projections and facts.

Caregivers including home health aides, personal care attendants and certified nursing assistants according to government projections are going to continue to be among the fastest-growing occupations. The Labor Department estimates that a million jobs in this classification will be added in the decade that started in 2014 and will end in 2024.

OK, there is a certain amount of guessing there, but the message is solid. As people get older, weaker, and more impaired, they are going to need more help, and the helpers are the caregivers in these categories. Anyone who has spent time in a hospital or cared for a loved one or wrestled with the issues of older relatives and their needs, knows that their lives – and often our own – depend on them completely. The primary sitters for my almost 94 year old mother are like family. One is a constant at Thanksgiving. Another was a union steward for Local 100 for decades. They make my mother’s life possible, and, frankly, mine as well, because without their constancy and competence, how would I work and travel on my schedule? I couldn’t.

But, the facts are also that a quarter of all such caregivers live in poverty. It’s also a fact that forty percent leave these occupations entirely within a year. Our union represents nursing home workers in Louisiana along with other care workers in homes and facilities for the residents who are differently-abled mentally. As part of our contracts and labor law, we get regular employee lists. The turnover is amazing.

We recently settled contracts for four nursing homes in Shreveport. We organized and brought the homes under contract in the mid-1980s, when they were owned by a family in the area. When we first won the elections the workers were all paid minimum wage with no holidays, no vacations, no nothing. Our workers are quietly celebrating their new contract now. In right-to-work Louisiana almost 50 have joined the union in the several weeks since we reached agreement. Some workers will get raises of between $1000 and $2000 per year for full-time work. Why? We were able – with the companies agreement – to get the base rate for certified nursing assistants up to $10 per hour and increase the level of annual and biannual raises. The Shreveport-based homes had been bought by a Dallas-based company that had realized in this economy they couldn’t continue to hire people and keep the staffing ratios without agreeing to raise wages.

Will there still be turnover? Oh, yes! Will some of our members still live in poverty? Oh, yes! Does this fit in with mega-political issues at the state and federal level? Oh, mercy, yes! Insurance is offered to all of workers, but none can afford it at these wages. The state is in permanent financial crisis affecting the reimbursement rate for caregivers and in fact the power of the nursing home industry and lobbyists has retarded the growth of home health care aides. Federally, Republicans are still trying to figure out how to cutback on support for Medicaid and Medicare, which is the bulk of the reimbursement.

Eduardo Porter argues in the New York Times that these critical caregiving jobs have to offer a path to the middle class. He’s right on the money, but who is willing to pay the bills, even when lives depend on it?