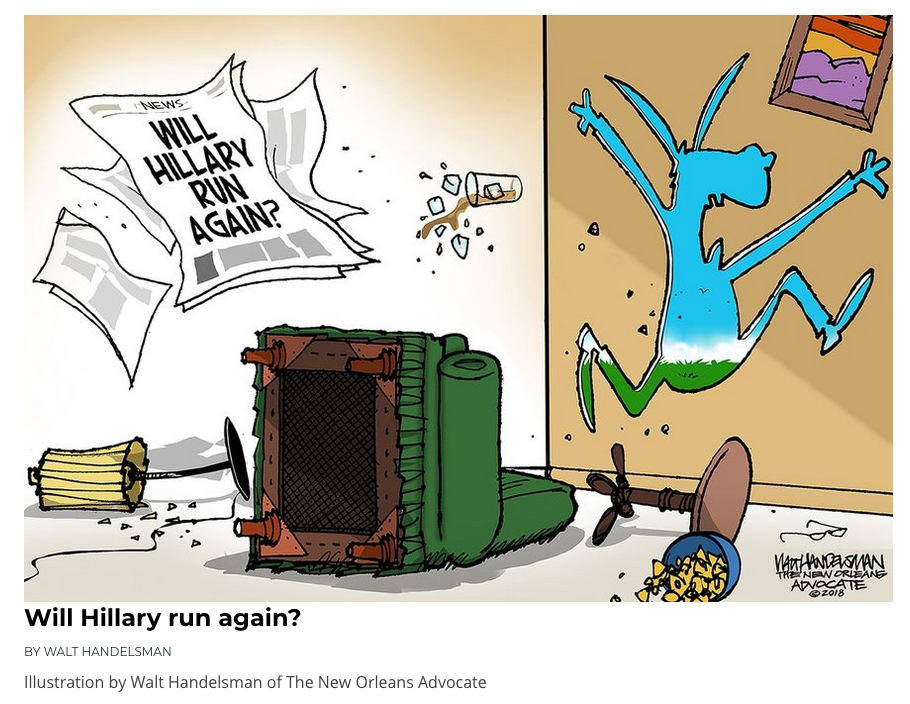 New Orleans  Everybody has their own reasons for being excited that this election is almost over. Mine are much the same with one difference: I’m tired of telling the story of Hillary Clinton’s role in opposing ACORN’s initiative election victory establishing “lifeline” electricity rates in Little Rock in 1976. Every time Hillary runs for national office it’s just a matter of time before some enterprising reporter, large or small, tracks me down hoping for the real skinny or some trash talking or whatever.

I’ll admit having her as part of the legal team for Arkansas’ First Electric Cooperative was not a happy moment, and is something that sticks in my craw despite the advancing years. She and the white shoe, corporate Rose Law Firm, where she worked, were fronting for the united Little Rock business community in opposing our proposed cap on the cost of 400 kilowatt hours of electricity in order to assure seniors and low-income families juice and put an end to the large, wasteful giveaway user block pricing, encouraging them to use more and stopping many of the poor from having any. The co-op had a dozen or so customers in a small slice of the Little Rock city limits and they argued the co-op was damaged because there was no offset for the newly imposed cap on their rates since they didn’t have any large users where they could balance the adjustment. For the sake of those few, the many lost, and the will of the vast majority of voters was thwarted. So, why would any ACORN member or me, for that matter, ever be happy about such a sad situation?

In 2008, an enterprising young reporter from a New Hampshire paper tracked me down and got me to talk about it before their primary election because she was the daughter of a former ACORN organizer and comrade. How could I say no? And, she did a fair job on it, so enough said.

Eight years passed until now Hillary becomes clearly a big-time favorite and once again there are knocks on my door. A political writer for The Nation calls during the 2016 primaries on a piece about how “the left” looks at Clinton. By this time I had sanded the story down to a smoother sheen, and was using more of a two-handed approach to it all. Yes, our members in Arkansas were livid and unforgiving, but when Clinton was a US Senator from New York, we had no better friend and our members loved Hillary there enough to force three votes of the national board before Obama was endorsed by ACORN in 2008.

Hillary becomes the nominee and the real big leaguers get into the seek-and-find on Clinton’s past. I get a couple of calls from Laura Meckler, a senior reporter at The Wall Street Journal. She’s on the story like a dog on a bone. She even goes to Arkansas and though pursuing other angles even persuades the clerk’s office to pull the old trial records from the warehouse for her to read. Months later, Amy Chozick with The New York Times reaches out also looking at Clinton’s time as a lawyer of sorts in Arkansas.

The Times’ piece came out a week or so before the election. The Journal piece was about a week before that. The Times’ article was sort of puffy by that point in the campaign. I got away with a bland ending quote on the article, saying essentially that we didn’t like seeing her at the table of the opposing counsel on the Lifeline trial. I did learn that Hillary wrote the brief in the case, which is at least of passing interest, though I’ll admit I still find it galling.

Meckler’s piece was more substantial and less fangirl. She managed to sniff out some controversy inside the firm around how seriously Clinton had taken her work there and how much rain she had produced. She scored her service on Walmart and Tyson boards as an income producer since her billable hours were fewer. More interestingly to me, the Journal story started with the lifeline trial and produced a revelatory quote from the lead counsel, Webb Hubbell, now a former Little Rock mayor and Clinton White House staffer with a billing scandal behind him, but telling Meckler point blank that here they were on her first case finding themselves opposing poor people. Straight up, I liked that a bit, because at least it was an admission of some guilt and foreboding on their part. Maybe Hubble and Clinton had lost a couple of hours of sleep and spent some times with their worry beads. Meckler came back to the lifeline story at the end of the article and quoted me as saying essentially “we didn’t win that one.” True that.

At least I didn’t put my foot in my mouth, and forty years had subdued my rage enough to the point that I seemed mature about it or at least calloused. The fights that overturn the will of the people and where justice never feels quite done can’t be forgotten, but there’s also little to forgive. We were on different sides then, but we go on to the next fight.

On that one we were opponents. On this one, Election Day, we are absolutely on the same side.