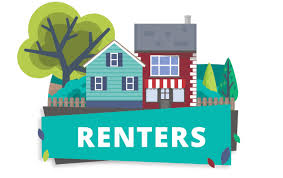 New Orleans        It’s a crowded field for the Democratic nomination for president this time around, but some of the candidates are wising up a bit and realizing that, if you want to win and push new and different voters to the polls, you better have a real plan for renters and affordable housing, not just more hollow platitudes about homeownership and white picket fences.  It even seems more urgent when the business pages of the Wall Street Journal start to write warnings for their readers that rent control is gaining traction.

On the rent control front, the passage of some limits, even very high ones in Oregon statewide, has sent tremors throughout the industry.  New York is also weighting a cap on rents now with a firmer Democratic legislative majority.  A bill that would allow local communities to enact rent controls in Colorado is moving forward.  Real estate interests won’t be able to hold back change in California forever.  I wouldn’t call it a movement yet, but if businessmen and real-estate investment trusts, are worried, I’m already happier about the prospects.

Some of the candidates are advancing proposals that speak to tenants and affordable housing, so let’s give some props to the ones that are standing up, even if some of are not yet measuring up.

Senator Elizabeth Warren and her campaign have focused on policy prescriptions, so it shouldn’t be a surprise that she leads in this area.  She introduced a bill, also sponsored by another candidate, Senator Kristen Gillibrand from New York, that would raise the estate tax to push money to nonprofit housing developers and raise about $50 billion.  The New York Times quotes a Moody’s analysis that claims such an infusion of new units would lower rents for a decade.  Warren’s bill would also provide more assistance to homeowners willing to buy in areas that were traditionally red-lined.

Warren and Senator Cory Booker from New Jersey advocate changing zoning laws to allow more density, though I’m pretty sure that’s a local issue.  To get around local real estate and developer cartels, Warren wants to increase the pot of Community Development Block Grant monies to force the issue.  Booker wants to deny CDBG money to communities that don’t change.

I’m disappointed that California’s Senator Kamala Harris, who I find has a lot of appeal, has placed such a small marker on such a huge issue.  She advocates, along with Booker, a tax credit for renters, but, frankly, that just doesn’t get it for lower income renters or for a bigger supply of affordable units.

It’s early in the game, so all of these candidates can improve their stakes in this issue and others may come forward strong as well, but believe me it’s going to be a litmus test that any winner will have to pass.  The past is a prologue for the future when it comes to voters that will matter.  As the Times notes,

Renters heavily overlap with key Democratic constituencies, including younger adults, African-Americans and Hispanics, and urban residents. Voter turnout of renters in 2016 was about 12 percentage points lower than that of homeowners, according to the Cooperative Congressional Election Study. But that year they favored Hillary Clinton by 28 points (homeowners preferred Donald J. Trump by 11 points).

If you want tenants, you’re going to have to put some serious stuff on the table.  Elizabeth Warren seems to get that.  The rest of the field needs to bring their A-game on these issues.

New Orleans   Nevada results are in with Hillary Clinton edging Bernie Sanders by 5 percentage points, but perhaps more tellingly leveraging huge support from African-Americans to put a stake through the heart of his campaign. A coming romp for Clinton in South Carolina could end everything but the shouting. Donald Trump rolled the field in the Republican primary in South Carolina with Senators Ted Cruz and Marco Rubio in a cage match for second place. Former Florida Governor Jeb Bush suspended his campaign failing to have ever caught traction after a last gasp in Carolina.

An analysis of Bush has some tilting towards Ohio Governor Kasich with a trickle here and there to others, but not enough to threaten Trump. Florida’s rich haul will presumably go to Rubio just as Texas will go to Cruz. Nothing seems to be settling in any way that seems comforting for the Republican establishment, and it looks even worse for the rest of us. While Rubio tries to position himself as the more moderate, establishment candidate now, parsing his positions it is hard to find much substantive difference between him and Cruz on the issues. Perhaps his style is a little less combative, and he delivers the punch with a smile, but the pain is the same on one issue after another.

Even as the Clinton train builds steam and starts to pull away, it’s hard to feel confident in her as a campaigner and sense any increased passion for her candidacy. Increasingly, I find myself secretly rooting for Donald Trump, thinking he might be the easiest candidate for Hillary to beat in the general election. And, if not Trump, give me Cruz, since he has more negatives than Clinton and, if anything, is even stiffer on the campaign trail. I’m very scared that Rubio could beat Clinton. The Republican faithful and true believers might find it off-putting as Cruz labels him the “Republican Obama,” but it’s just that concept that makes me worry that he just might be exactly that, the Republican Obama who could come out of nowhere and beat Clinton to the White House.

Even rooting secretly for Trump, it’s still hard to believe that in the long march through the primaries he won’t still self-destruct, but so far he seems impervious to catastrophes that fell normal candidates. He’s also a question mark for many. His positions have bounced back and forth on all kinds of issues, so it’s possible to hope he’s not as much as a hater as the others whose records are clearer, and imagine people voting for him to send their own protest message to the party and the world.

The hard truth to get around is that as long as the Republicans have multiple candidates in the list, Trump can win with his 30% and let the rest live or die at 20% support. A two horse race like we find in Clinton-Sanders makes it harder for the candidate challenging the status quo in the party. Super-delegates from the ranks of the party electeds and big whoops are numerous and though the majority remain uncommitted, Clinton has a couple of hundred committed and at last count Sanders had less than ten on his side of the ledger.

It’s hard not to get the feeling that this year’s election cycle is going to be scary all the way down the line.